The Mexican tenor Javier Camarena has told the Vienna State Opera that he can’t sing in Donizetti’s La Fille du régiment in January because he’s saving his voice to make a CD.

He has also pulled out of Don Pasquale in May. 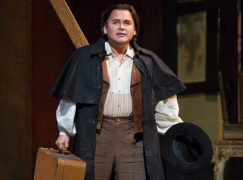