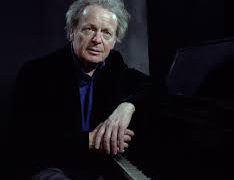 The pianist who fought against fame

Stephen Cera has sent us a touching account of Toronto’s homage to the irrepressible Anton Kuerti:

Anton Kuerti has been an adopted musical treasure in Canada since moving here from Cleveland in 1965 to protest the Vietnam War. He had studied with Rudolf Serkin and Mieczylaw Horszowski at Philadelphia’s Curtis Institute and won the coveted Leventritt Award while still a student.  Kuerti developed into a formidable exponent of the Austro-German classics – above all Beethoven, Schubert and Mozart.  His maverick career path remained true to his distinct musical voice: deeply intellectual yet deeply communicative. Richard Goode has said that Kuerti’s playing was more reminiscent of Serkin than any other pianist, and termed his colleague ‘the most under-appreciated’ of any pianist.

According to Kuerti’s website, “His anti-establishment inclinations were apparent back in 1975, when an article in Performing Arts in Canada magazine appeared under the headline, ‘Anton Kuerti’s Fight Against Fame.’  It’s a fight he has won: no matter what praises the critics heap upon him, he has no contract with a major record label, and it seems he would rather play at a small festival in Canada’s North than at the Proms or Salzburg.”

Nearly four years ago, Kuerti suffered a stroke while performing a solo recital in Miami, and he has not played in public since.  For Toronto audiences that had grown accustomed to his performances, the loss has been felt keenly.

All the more credit to the Toronto Summer Music Festival (TSMF) that it chose to honor Kuerti with a tribute concert organized by his former student, Jane Coop, a Canadian pianist who retired as the Head of the Piano Dept. at the University of British Columbia.  For this special occasion on August 3, she assembled a sensitively-designed program – mostly chamber music but starting solo, with some early Beethoven Bagatelles for piano.

For the rest of the program, she enlisted some of her TSMF colleagues, including Joseph Johnson, principal cello of the Toronto Symphony; Douglas McNabney, faculty violist at McGill University’s Schulich School of Music; Toronto violinist Barry Shiffman, and mezzo Laura Pudwell.    The program included Mozart’s E-minor Sonata for piano and violin, K. 304; Brahms’s haunting Two Songs for alto, viola and piano; and Schumann’s radiant Piano Quartet in E-flat.   Schumann was a particular passion for Kuerti.

Probably the finest playing of the evening came from Joseph Johnson.  The cello line in  Schumann’s glorious slow movement sang with beautifully-focused sound.  Elsewhere in the piece, the foursome scrambled some fast passages and never quite nailed the elusive thematic transformations.  The odd acoustical quirks of the space did little to support warm string tone, which only underscored the cellist’s achievement.

Shiffman’s playing in the Mozart seemed unsure whether to embrace period-performance style or a more vibrato-friendly approach.  The work’s opening sounded bare and unconvincing, but then the violinist became more generous in sound.  Pudwell’s tone in the Brahms never quite found a focused center, but these songs don’t fall within her ideal range, calling for a darker voice and more tonal solidity, if not opulence (…very much Maureen Forrester territory, speaking of great Canadian artists.)  Her two colleagues provided stalwart support.

The pressure of playing for her former teacher, Coop confessed, made this a particularly challenging assignment, most apparent in her opening solo Beethoven.  Later in the program, she settled into playing that was invariably assured, conscientious and well-judged in detail.

The event was held in the 400-seat Walter Hall in the stifling basement of the Faculty of Music at the University of Toronto, a space whose acoustics vary considerably. Walter Hall was sold out. Kuerti attended the concert with his partner, Catherine Berthiaume (his late wife, cellist and educator Kristine Bogyo, succumbed to cancer more than a decade ago.)  He still looks good at age 80, but the effects of the stroke are evident.

The pianist was given two stirring ovations after spoken remarks of appreciation by Coop and by Jonathan Crow, the Toronto Symphony’s young concertmaster and new artistic director of TSMF. Kuerti’s admirers should know that in November 2011, he self-produced and directed a new video, filmed in Australia, of the work he considers Beethoven’s supreme masterpiece for solo piano: the Diabelli Variations, Opus 120.  I attended an August 1 screening of this film. At the start, Kuerti, seated at his Steinway, delivers a 29-minute, unscripted, trenchant motivic analysis of the work.  Then he performs the 55-minute composition complete. Few pianists can summon such musical insight, allied to technical brilliance.  The DVD is available from www.antonkuerti.com.