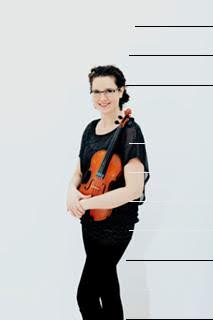 The occult past life of my old violin

Our diarist Anthea Kreston has been mingling with the Mystic Megs. 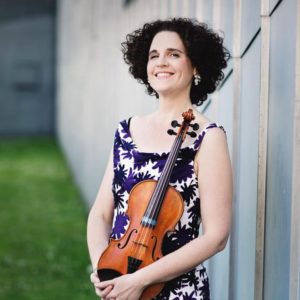 I have the amazingly good fortune to have been loaned a gorgeous Italian violin – a 1710 Testore. The four instruments in our quartet sing together – each a legendary work of art – and they sound together as one – the dark, burnished tones of old Italian masters are like magic under our fingers.

While the other instruments in this quartet have a traceable history (some more complete than others), mine has, so far, defied any attempt to fill in a back story. The Viennese gentleman who loaned it to me has just one tantalizing snippet about my immediate predecessor- otherwise – basically 300 years of mystery surround this violin.

I have read about Testore, the other master violin makers, and yet felt like I needed more. While being privy to nightly readings of Harry Potter this past year, I feel, with inflated chest, that I have become somewhat of an expert at witchcraft.  I can, in fact, mutter several spells by memory (Expelliarmus, Lumos), and realized suddenly that what I needed to fill in the history of my violin was a visit to someone akin to Trelawney, the divination teacher at Hogwarts.

Unable to find platform 9 and 3/4, I quickly, with the help of Yelp and Google, found about 20 people along the Spokane-C’oeur d’Alene corridor who might be able to shed some light on this mystery. I typed into the search box – “Tea Leaves Reader, Psychic, Fortune Teller, Tarot Cards and Medium”, and got to work calling and emailing this small but intriguingly named list of people.  After a day of calls (I was interested to speak to both Candice, Kandass, and finally a Cayndyss), I decided to make two appointments, so as to be able to compile my findings. My request (I am looking for someone to do a reading on an old violin – can you Palm-Read an inanimate object?) threw many people for a loop (“no, honey, I can’t do that, but I can give you a love reading if you bring me a photo of your love interest”).  One person on the phone even had a very strong “red” color flash in front of her as we spoke, gasping deeply, and offering me a package deal – palm reading, looking into my future, and a Celtic Tarot all for $100 cash.

I decided to go with Elaine – I liked the sound of her voice – old and crackly, and people from the Rotary Club Halloween Picknick gave her rave reviews on Yelp. We set up a time (I was slightly unnerved when she couldn’t seem to remember her own address) and I drove to meet her at her home. I know what you are thinking, because I was thinking the same things – cloak, crystal ball, lots of purple and incense, having to push aside heavy drapery held back by thick golden cord.  But, as I made my way from a sketchy Spokane neighborhood into a downright scary area bordering the railroad tracks, I realized that my mystical experience might be heart-pounding in a different kind of way.

As I slowed to see the house, a one-story brick affair from the 70’s, I could see silhouettes of several people through the half-drawn Venetian blinds – one pacing with head bowed. Hmmm – maybe a whole house of wizards?  Fantastic. I decided to circle the block, just to get a better sense of the neighborhood. Trailers and brown patchy lawns – and wait – a black cat just streaked across the road. This is a good sign. As I pulled behind Elaine’s house, I noticed around 10 rusty beat-up cars parked all over her lawn – perhaps she had a way with cars as well as cards?  Each opening to the house – be it window or door – was heavily fortified against the world – this was one secure residence. I hesitated, again noticing that the house seemed to be quite full of people, but then I took a deep breath and thought, “I have come this far, let’s follow this through”.  I grabbed my violin and walked confidently to the front door.

It was open, save the black metal “screen” door. I leaned forward and said – “Elaine?  This is Anthea here for my reading!”.  The shadows I had seen from outside were now audible – but I couldn’t quite pick up the language which was being spoken. A shuffle of feet at a jingle of keys brought Elaine to to door – she tried about 4 keys, muttering about how a person couldn’t be too safe these days, you know the neighborhood, etc, before the door eerily creaked open. “Oh goodie”, I thought – a squeaky door!

She was old, she was shriveled, and her hair was done up in a kind-of modified beehive. Wonderful. Nails long (how does an 90 year old manage with such long nails?), and a black and white stripped dress – shag carpet, and enough icons to start “Elaine’s Icon and Stolen Car Shoppe”.  The men milling about in the adjacent room paid us no heed as we walked to the living room, a small white dog bouncing and snapping at us all the while.

Elaine first asked me if I had a dog – hers was so fond of me – even jumping all over me and licking me as I tried to settle down into the white couch, covered in a thick clear plastic sheet. I decided not to mention my allergies and fear of dogs, hoping this was just a slight miss-step in Elaine’s initial reading of my aura.

She asked me to take the money for the session, claps it between my hands, and to make two wishes.  After this she took the money, and with a deft slight of hand, it disappeared into her bosom.

What next transpired was a collection of observations such as: I would come into some money soon, people are proud of me, I would be buying something soon (she thought a car – maybe even from one of the gentlemen from the other room?), I have a star in my right palm – a long life!  I gingerly removed the violin from the case so she (and her dog) could get a closer look. She immediately felt a power coming from the violin. It had the ability to bewitch the player – to put them under a spell and to take them away from family and friends. She told me that I had a very strong connection with this violin, but the danger was that it would entice me away from family – I had to find a balance. Then, she told me one of my wishes would come true soon and one would take a long time.

I thanked her, and also thanked my lucky stars that my car was still there as I left the house, keys jangling behind me as I confidently, but quickly, got into my car.

Interesting – and now onto Kandass. She was in quite a different area – newer houses on what was recently farmland – out in the country a tad. She came to the door – an attractive woman about my age, with heavy long eyelashes clumped with mascara and what seemed to be lips which were bold in proportion to the rest of her face.  She explained that they had recently moved in – her husband ran the Harley Shop down the way.

Again I was greeted by a dog – this time a large black scary looking dog who was equal to the previous canine in its desire to get to know me better, and quick. Again, strong pointing and firm talking to the animal produced no results, and we three settled down at the dining room table to chat.

Kandass was pulling up a strong Grandmother presence – interesting to me since I never knew my maternal grandmother, and had only occasional and somewhat formal interactions with my paternal grandmother. After saying this, I realized that this meeting wasn’t a one-way situation. Kandass wasn’t having any of it and asked me to dig deeper – to find a wider definition of grandmother. Someone was trying to contact me from beyond.

I worked with her, and together we came up with some creative possibilities. And here is where some magic really happened. I was floored when told, again, that not only would I be coming into some money, living a long life, buying a new car, but also that people were proud of me. And – after holding the violin – she told me she thought the violin was worth a lot of money – she was pulling up between $100-$200!  And, that it was very likely that I, myself, would be playing a concert on this violin some day.

I eagerly eyed the Native American drum lying on the table, secretly hoping she would suggest we just “play a bit and see where the spirit takes us”, but was disappointed when she jotted down some dates that she was pulling up that were important to the history of the violin – 1914, 1940, 1971.  She urged me to look more deeply into the history of the violin – and demonstrated a position where I could slump or huddle over the violin, cradling it in my body, and that the violin would then feel comfortable speaking to me. She also thought that a man had probably played the violin before.

So – that was exhausting. I am in the air, daughter asleep on my lap, as we head back to Berlin. I hope our car is ok – my house sitter just texted me saying that they couldn’t get it started and we would have to get it towed. I could have told her that already – I know a new car is in our future.

« Exclusive: What it’s like to be conducted by Dennis Prager