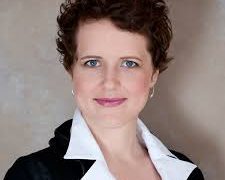 Today the Board of the SSO has announced the appointment of Australian expatriate and New York-based performing arts executive Emma E. Dunch as CEO of the Sydney Symphony Orchestra. Ms. Dunch was raised on Sydney’s North Shore. She has lived and worked in New York City since 1999.

Emma graduated from the League of American Orchestras’ prestigious Orchestral Management Fellowship Program in 2004 and has worked with leading international orchestras including the London Philharmonic Orchestra, Houston Symphony, San Francisco Symphony, New York Pops, Orpheus Chamber Orchestra and American Composers Orchestra. She returned to the League of American Orchestras in 2012 to serve as its chief fundraiser and help launch the League’s centre for best practices in symphonic orchestra governance.

Emma Dunch is currently President of DUNCH, a New York-based cultural management firm she founded in 2008 that has advised more than 125 creative organisations across the United States, the United Kingdom and Australia on fundraising, financial management, strategic planning and leadership development. To date, Emma has worked with 38 leading classical music organizations internationally and has helped raise more than $250 million for cultural causes. In 2016, she curated a U.S. Fundraising Best Practices Tour for the Australia Council for the Arts and was a featured keynote speaker at the Culture Business Sydney Conference.

According to Terrey Arcus, Chairman of the SSO, Ms. Dunch will bring intensity and energy to the leadership of Australia’s flagship orchestra and capitalise on a wealth of experience developed over her 20-year cultural management career with creative organisations across the U.S., U.K. and Australia.