Sudden death of US principal oboe, 61

The sister of Jonathan Dlouhy, principal oboe of the Atlanta Symphony from 1979 to 2006, has posted word of his death last week of a cardiac infarction.

Susan Dlouhy writes: ‘My brother, Jon, passed away in his home in Atlanta, Georgia last week. He had a sudden cardiac incident and died peacefully. He was only 61. Jon was a gifted musician, an avid reader and a huge baseball fan. He was packing to move to Columbus to be closer to Peg Dlouhy and I when he died. He is also survived by his daughter Elizabeth Dlouhy, also from Atlanta. Memorial services will be private. 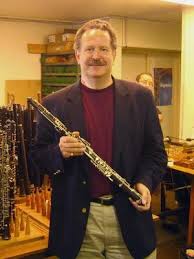