ORF reports a 17 percent market share for this weekend’s TV screening of Aida from Salzburg with Anna Netrebko in the title role.

An estimated 473,000 viewers tuned in from the outset, this highest rating since Salzburg’s Bohème 2012, with Netrebko as Mimi. 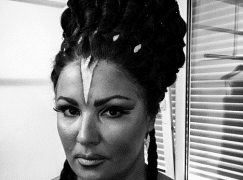