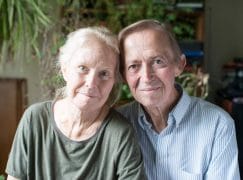 The family has posted:

David Maslanka died during the night of August 6th, 2017 at home. He had been diagnosed with a severe form of colon cancer in June. His wife, Alison, died on July 3rd of this year. He declined rapidly following her passing. He is survived by his children, Stephen, Matthew, and Kathryn.

« The most neglected American masterpiece?