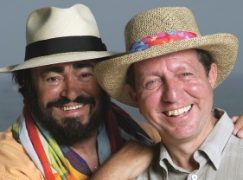 Is there life in the old labels yet?

Costa Pilavachi, the former Universal classical honcho, has guest-edited the current issue of Classical Music magazine. He leads off with an essay on the state of major labels as they face the next wave of technology: the streaming wave.

Today the classical industry is on the verge of another period of growth as we enter the ‘Age of Streaming’. Unlike the immediate success of the CD, kickstarted by the classical music community, the rapid expansion of the streaming business has been driven by pop fans. Growth in classical streaming has been rather slow – until recently.

We now find ourselves in a transitional era in which the classical industry is set to experience a streaming sales bump, like our pop brethren, but at the same time the decline of CD sales of recent years has slowed and we have even seen the emergence of a new ‘mini’ market for the venerable vinyl LP! The rate of change and consumer behaviour varies wildly between countries and nations, with the growth of streaming (and decline of the CD) mainly noted in the United States and the United Kingdom, while other European nations and the great classical music markets of Japan, Korea and Greater China are consuming music in all formats, whether physical or digital.

Technological innovation is a wondrous thing but for me the magic of the business to which I devoted my career is the music and the artists who bring this great art form to life, whether ‘live’ or through the medium of recordings. ‘Artists and Repertoire’ or simply ‘A+R’, is at the heart of the recording industry and the key to success – or failure…