How Stephen Hough would save classical music

The British pianist, a near-neighbour of ours, has been shooting the breeze with Pacific Standard:

There are certain concert organizers who simply think that if you put something on at eight o’clock, people are going to come. We know that isn’t true. I’ve talked about changing the times of concerts—having them earlier, or later. Let’s put together a package with a restaurant so somebody can go to a 6:30 concert that lasts an hour, and then have dinner at a discount. If the commercial and the artistic side would work together, it benefits everyone.

I’ve always been puzzled that we have concert halls that spill out 2,000 people at the end of a concert—but because of the time of the concert, it’s too late to eat. People want to get home! Let’s think this through. …

You have also argued for ending the intermission.

I go to the ballet quite a lot in London. On a triple bill, they will have two 25-minute intervals. I’ve been so frustrated by this. They make money at the bar selling champagne, but it’s frustrating. It’s not long enough to leave the hall and go to a restaurant, and it’s not really good for conversations. You either want to have a proper conversation with someone, or just say hello. It’s too long for a coffee break. If they just ran these things back to back, we could start at 7:30, be out by nine, in time for coffee or dinner. I realize that, in opera, the singers need to rest their voices, but with a lot of concerts, we have intervals simply because it has always been done. There’s no real reason for it. 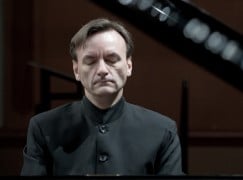