Monika Grütters today called on the Russian minister of culture to arrange the release from house arrest of the Moscow director Kirill Serebrennikov, who is facing politically-motivated charges.

She said: ‘I urge my colleague, the Russian Minister of Culture, to work with his authorities to enable Serebrennikov to walk free. Anything else would be an affront not only in social and political terms, but also in cultural politics.’

Serebrennikov’s arrest has prevented him from staging Hansel and Gretel in Stuttgart next month. This is the first Government-level protest about his detention. 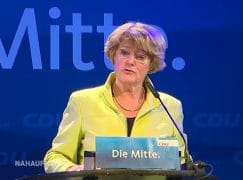