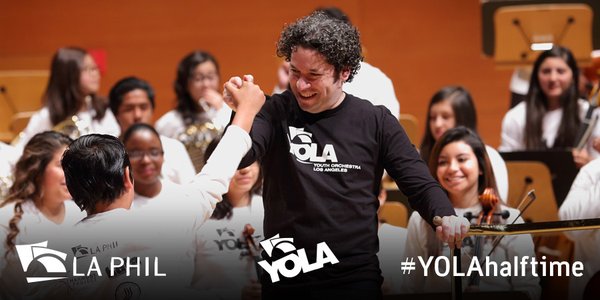 Anyone who has spent time with Gustavo Dudamel is left in no doubt that he is a true believer He believes in the power of music to relieve social injustice. He believes in the ideals of the Sistema programme from which he emerged, in the genius of its founder Jose Antonio Abreu and in the egalitarian side of Venezuela’s revolutionary leader, Hugo Chavez.

He adored Chavez and wept openly at his funeral.

Chavez, as revolutionary leaders go, was not the worst. He observed most of the trappings of democracy and held reasonably fair elections. He also maintained close relations with pariah regimes – Iran, North Korea and the like – and enjoyed baiting the USA. Only towards the end of his life did the nastier side start of Chavism to emerge as the middle-classes were terrorised by armed thugs and hounded out of the country.

Dudamel turned a blind eye to these violations and focussed on the music.

He embraced Chavez’s successor, Nicolas Maduro, a man with no regard for democracy or human rights and no concern for anything except power. Dudamel kept his silence as civilians were murdered by Maduro’s thugs and the population starved into near-submission. He lives in Los Angeles, away from the melee.

So what prompted Dudamel to switch sides? He was apparently impressed by the persistence of mass demonstrations against the regime, and outraged by the murder of a Sistema musician. He has not, in any way, broken with Venezuela and his only intervention so far has been to call for peace and dialogue.

But that, for Maduro, makes him an enemy of the people.

There is no turning back. Dudamel is no dissident, but he has been prompted by conscience to speak out. Those of us who admire Dudamel as a musician and a man will be heartened by his stance. It will not have been easy for him to abandon the role of regime poster-boy and accept its abuse. He does not know whether it its safe for him to return to Venezuela.

But he has stood, once again, for his beliefs in human rights and justice, and he will now be aware that, like every true artist, he is fundamentally an outsider.

« Major comeback for the tangent piano

A musical explorer is felled by a stroke »