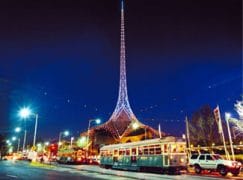 Australia’s best newspaper has no further interest in opera

Michael Shmith, a star of The Age newspaper in Melbourne for 36 years, has resigned as its opera critic because the paper no longer allocates space to the art form.

In early August, I resigned as The Age’s opera critic. I didn’t particularly want to do so, and my decision was neither pre-emptory nor forced upon me. I left because of the sad but inevitable realisation that The Age’s arts page no longer truly represented or upheld the critical standards that were once imperative to its existence and whose values remain of vital concern to me. And when I say ‘me’, I mean, by default, the artform I had the privilege to review.

Opera is but one of the many artforms under review in The Age(that proud title long ago consumed in the swirling smog of something called Fairfax Media). But arts space has shrunk to the point where there is often just the one page Monday to Friday, with no page on Saturday, and an inordinate amount of copy to run. If you equate the exponential with the extant – the ever-increasing number of performances, exhibitions, and other cultural events in this city juxtaposed with the dwindling budgets (particularly for freelance writers) and forever-shrinking space available in which to publish reviews – it is easy to see how the arts editor’s role has metamorphosed from being able to exercise reasonable judgement in what to run to more drastic, slash-and-burn decision-making.

So it came to pass with opera reviewing for The Age.

On a personal note, I remember when Michael, as arts editor of The Age, used to publish my columns from the northern hemisphere because he believed – rightly, at the time – that Melburnians needed and wanted to know what was going on in the world beyond their horizons. My mailbag was full of intelligent responses. The Age was a serious paper with a serious purpose. No longer, it seems.

« Which living maestro has conducted most at Bayreuth?

John Rutter weighs in on Musicians-Church-Without-Musicians »