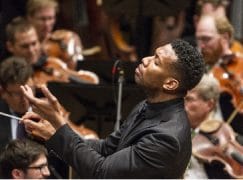 Afro-American conductor: ‘It’s like you’re fighting for your life’

Roderick Cox, associate conductor with the Minnesota Orchestra, is the only African-American baton on staff at a major US orchestra. Now why is that?