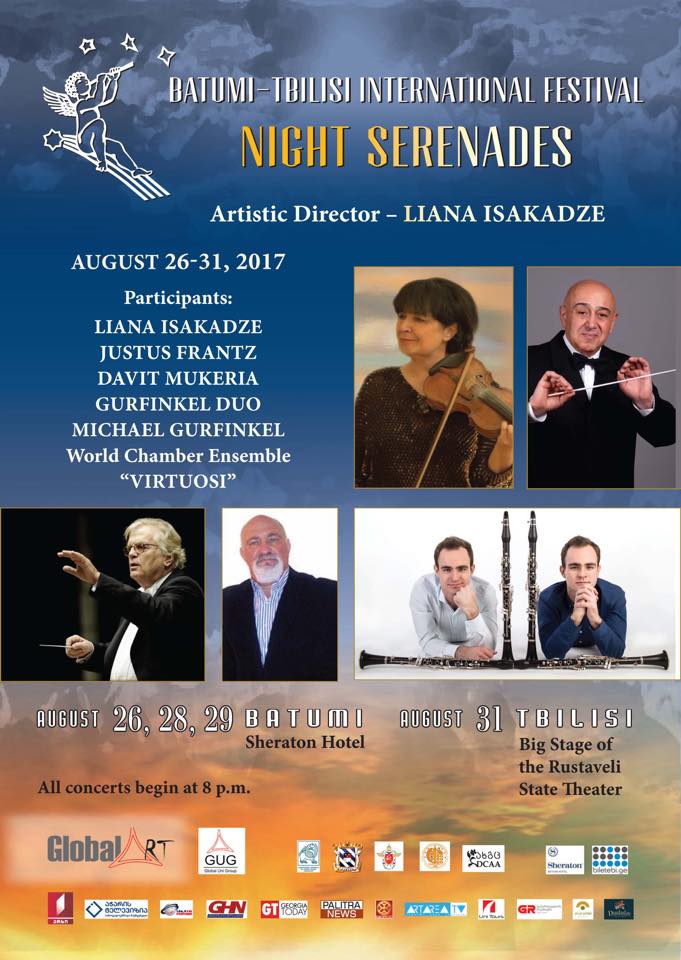 A fine soloist is sadly widowed in mid-concert

From the international violinist, Liana Isakadze:

Dear friends. We regret to inform you that Prof. Thamaz Chachava, spouse of Liana Isakadze has passed away yesterday, during a concert of Night Serenades Festival, held in Batumi.
Funeral will be held on Thursday, August 31, in Tbilisi.

Liana Isakadze, a Georgian student of David Oistrakh, moved to France after the fall of the Soviet Union.

Her husband appears to have died during a concert at a festival she directs in Tbilisi.