The Titanic violinist dies, a day after he turns 70

Thomas Füri’s moment of fame arrived as the band played ‘Nearer My God to Thee’ when the Titanic sank on screen in James Cameron’s film. 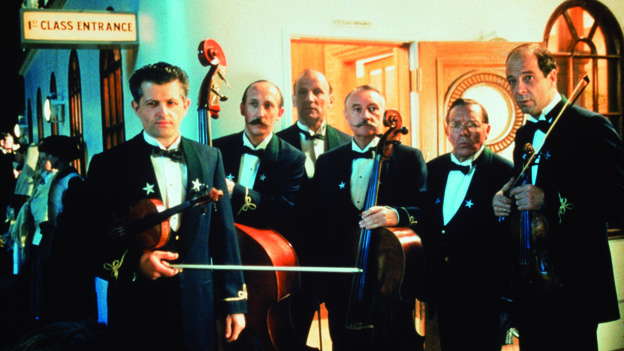 He’s in the picture, third from left, with his I Salonisti ensemble.

A Max Rostal student from Berne, he directed the city’s Camerata for 14 years and enjoyed an international solo and string quartet career. He played a 1761 Guadagnini.