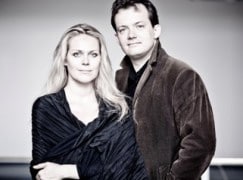 The Met’s losses are Tanglewood’s gain

The Boston Symphony is quietly whooping up the PR on its forthcoming Tanglewood performance of the second act of Puccini’s Tosca, featuring Kristine Opolais and Bryn Terfel and conducted by Andris Nelsons.

Opolais and her husband Nelsons have pulled out of the Met’s showcase Tosca on New Year’s Eve.

On Saturday, August 26, Boston Symphony Orchestra Music Director Andris Nelsons will lead the orchestra in Act II of Puccini’s Tosca, featuring soprano Kristine Opolais in the title role, along with bass-baritone Sir Bryn Terfel as Scarpia. The performance will also feature tenor Russell Thomas as Cavaradossi; tenor Matthew DiBattista as Spoletta, and baritone Douglas Williams as Sciarrone (in his BSO debut). The Opera Gala program will also feature songs and arias from composers including Smetana, Dvořák, and Mozart. Ms. Opolais and Sir Bryn recently performed Tosca in concert together at the Llangollen International Musical Eisteddfod on July 4, 2017, under conductor Gareth Jones.

In May, it was announced that Sir Bryn Terfel would replace baritone Dmitri Hvorostovsky, who withdrew from the concert for reasons of health.