Norwegian is not so friendly, after all

The budget airline has upgraded its website with happy messages for musicians who fly with instruments. Yes, you can carry them on board.

But not all their staff read the website, apparently.

Here’s the latest incident from Aingeala De Búrca, who recently ha such trouble with Aer Lingus. 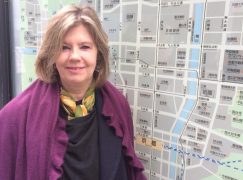 Norwegian is an airline that presents itself as ‘musician-friendly’ with guidelines on its website that clearly states that violins and violas may be stored in the overhead if it is the only carry-on bag.

Last week, I flew from Stockholm to London with Norwegian. Full of confidence, I boarded,stored the violin in the overhead and sat down. Minutes later, a member of the cabin crew saw it and shouted ‘what’s THIS?’and ‘Who owns it?’ and I found myself, once again, in difficulties.

She insisted I should have bought a seat for it. I protested saying I had followed the website guidelines but this had no effect. She told me that the flight was full and my violin would have to go in the hold. Oh the FEAR of hearing those words again so soon after my Aer Lingus nightmare.

In the end, she did me the ‘big favour’ of ‘allowing’ me to strap the violin into a window seat. Such drama. So unnecessary. And clearly this Norwegian employee had no idea of what their policy is.