After selling his clarinet for $200, 10-year-old Jaddan Comerford became an investor,  putting the money into the stock market – specifically, shares in the National Australia Bank. That decision would turn out to have a major impact on his life and 23 years later, Comerford is the founder and CEO of UNIFIED Music Group, one of Australia’s fastest growing, privately owned independent music bodies.

His business is worth $7 million. 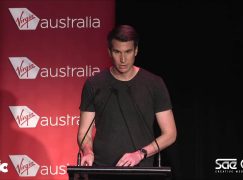