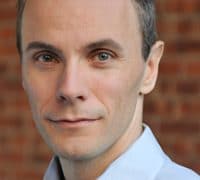 It just got weirder in Fort Worth

Having announced Placido Domingo a few days ago as chief artistic advisor, the board have suddenly produced two more rabbits from the hat.

But there is also a new general director. He is Tuomas Hiltunen, 45, an adjunct lecturer in the Finnish studies at Columbia University and previously head of admin director for the Barenboim-Said Foundation USA, which operates out of Columbia.

He is from Rovaniemi, in the Finnish Arctic Circle.

« If it’s Tuesday, this must be Denmark. Oh, not Denmark…