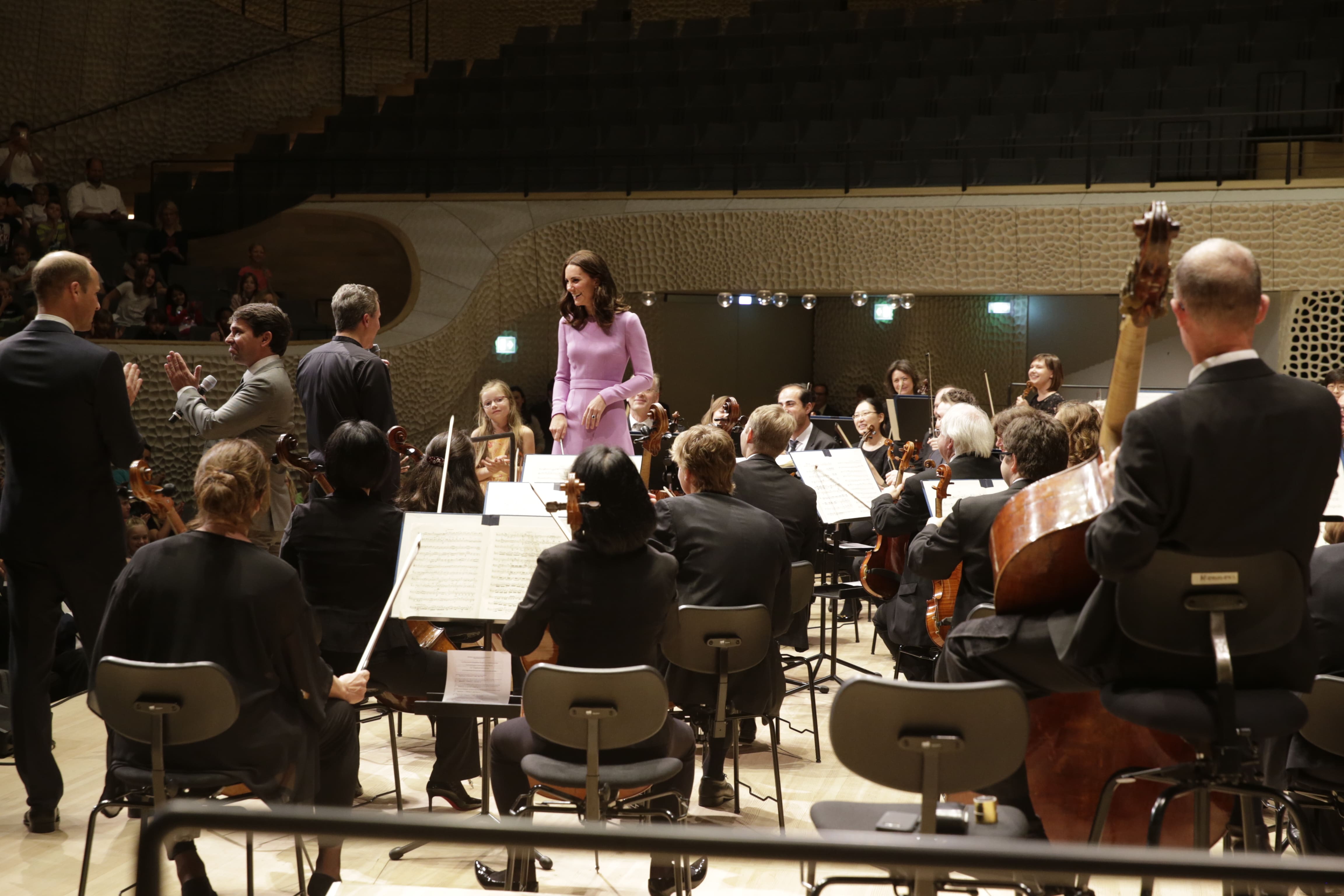 The Duchess of Cambridge conducted the Hamburg Symphoniker at the Elbphilharmonie this morning.

We think it’s the first time she has been seen with baton in hand.