The Italian-born Argentine cellist José Bragato has bowed his last at a phenomenal age and after a life of intense activity. He died on July 18 in Buenos Aires.

Arriving in Buenos Aires at age 13, he was named principal cellist of the city’s Philharmonic Orchestra in 1946, moving two years later to the Colon orchestra, where he played for two decades. Most famously, he played in the Buenos Aires Octet with Astor Piazzola.

During the 1970s military dictatorship he migrated to Brazil, playing in the Orquestra Sinfonica de Porto Alegre until 1982, when he returned home.

Bragato was also a composer of 50 published scores. 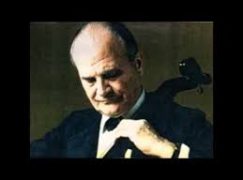