Garsington Opera, 50 minutes’ drive from central London, has turned in record attendance figures for this summer. If the season were longer and the pop-up house larger (just 600 seats), it could probably do twice as well. 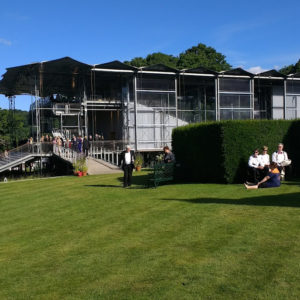 The performance quality just keep on getting higher. We saw Rossini’s Turco in Italia yesterday – a piece of fluff for a summer’s night, redeemed by quicksilver comic direction (Martin Duncan), pinpoint orchestral playing (conductor: David Parry) and a sex-manic, melting, matchless account of Fiorilla by the inexhaustible Sarah Tynan – so swift about the stage you couldn’t imagine the role sung or played any better.

Compared to the 1954 Callas recording from La Scala, this was lighter and more musical in every department. The notion that an English country house could match the home of Italian opera in a Rossini repertoire piece might sound absurd, but Callas’s voice was too shrill for Fiorilla, Nicola Rossi-Lemeni was portentous as the Turk, the rest of the cast was variable and the orchestra was decidedly poor. Give me Sarah Tynan at Garsington any summer’s night. 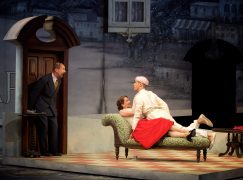