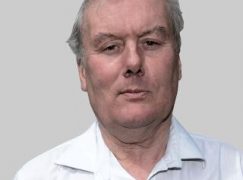 The Sunday Times has taken down the online version of Kevin Myers’ column today.

In it, Myers writes: ‘I note that two of the best-paid women presenters in the BBC – Claudia Winkelman and Vanessa Feltz, with whose, no doubt sterling work I am tragically unacquainted – are Jews. Good for them. Jews are not generally noted for their insistence at selling their talent for the lowest possible price…’

This is a breathtaking act of racial stigmatisation, one of the worst we have seen in a British broadsheet in decades.

UPDATE: The editors of both the Irish and the UK editions of the paper have apologised. It’s still unclear why this smear was ever passed for publication.

UPDATE: Myers has been sacked.

« How frighteningly good do you have to be to get into Curtis?

Front of house greeter saves a concert at Wigmore Hall »