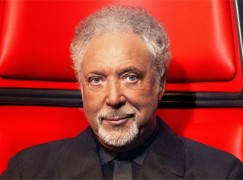 The BBC announced proudly today that the Welsh crooner Sir Tom Jones will make his Proms debut on September 1 in a concert marking the 50th anniversary of Stax Records’ 1967 tour. Stax is an American pop label, based in Memphis.

This commercial pop celebration is as low as the BBC has gone in dumbing down the Proms.

The Proms were supposed to be the BBC’s bastion of serious music. The BBC has dozens of pop events and channels but only one classical redoubt – the summer Proms.

Previous controllers have defended the Proms vigorously from populist incursions. But the present BBC Proms director David Pickard and his Radio 3 boss Alan Davey are weaklings who bend the knee to BBC superiors demanding ‘inclusivity’ and ‘relevance’. This last concession amounts to total capitulation.

This year’s Proms have gone all Sir Tom. Knickers will fly in the Royal Albert Hall and the last reason to defend the license fee for the purpose of public elevation will go down the Kensington drain.

It’s a day of shame.

Stupidly excited that Tom Jones is making his Proms debut this summer. https://t.co/iJHtRUTeM1

Just in: Jurowski gets a record deal – but not the LPO »