Daniel Froschauer, newly elected chairman of the Vienna Philharmonic, has told the tabloid Kurier that he wants to steer the orchestra on a different course – backwards, apparently. In the course of the short interview, he manages to dodge every direct question, an important talent. 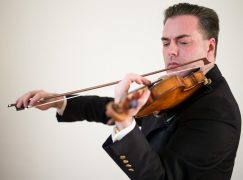