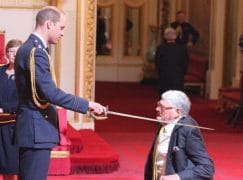 The local newspaper in Bergamo, Italy, has reported the death, this afternoon, of Jeffrey Tate, the eminent British conductor. He suffered an apparent heart attack while visiting the Accademia Carrara and could not be revived.

News of his death is circulating among Italian musicians.

UPDATE: His death has been confirmed by his management agency.