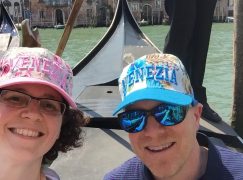 On Italian men in their underpants

It’s one A.M. and I have just gotten back to my room in the River Countess, a sumptuous river boat which is transporting the Performance Today (American Public Media with host Fred Child) Italy tour, for which I am the guest soloist. I can hear the water of the Guidecca canal lapping below my windows. My room has gold-lined fabric wallpaper, slippers and bathrobe, a seating area with a cafe table and vintage chairs, a desk, and a gorgeous bathroom. There are three levels of cabins, housekeeping service every time I leave my room, four-course dinners, a library, chandeliers, waitstaff in white gloves, a sun-deck with a huge chess set, a variety of cafes, bars, exercise rooms and a full service spa. And, it is full to the brim with classical music fans. Heaven on earth.

I first met Fred Child, the witty and inclusively knowledgeable host of Performance Today, in 2013, when my piano trio (Amelia) was invited to be Young Artists in Residence at their headquarters in Washington, D.C. What followed was a series of live performances interwoven with interviews. It was simultaneously frightening and comfortable – Fred remains the best interviewer I have ever had.

Fred and I had a plan to wake early today and go to San Michele, the cemetery island, to find Stravinsky’s grave.  We picked up some fresh flowers, and got on the vaporetto heading to Murano, the glass island.  It was crowded – surprising for so early in the morning – and we noticed several widows in all black, clutching bouquets and walking sticks. Stravinsky is buried next to his wife, Vera, along a tall brick wall which offers shade. Their stones are not flashy – simple slabs – but the lettering of their names is Picasso-like -hand-laid in vibrant blue stone. We came back to Venice, had a gondola experience, and were back on the boat for lunch.

Tonight I had the pleasure of performing the Four Seasons with the Interpreti Veneziani in the Chiesa San Vidal in Venice, which dates back to the 16th century.  The Interpreti is a baroque orchestra which tours internationally, and because of complex scheduling, we had only one hour to put the Seasons together before the concert. When I arrived (of course after getting lost), I was struck by the sight of an orchestra made up entirely of men. I was unsure of how the group dynamic would play out – not only do I play about as un-baroque as a person can, but I was going to be conducting as well as playing.

I could feel a bit of resistance when we started to rehearse, but by the end all was well and we were all game for a spontaneous, if lightly rehearsed, energetic and colorful evening. Fred Child was going to read the sonnets before each season, and we were ready to go.

The back stage area was one room – and I was surprised, but very happy, when the whole orchestra began to change. They were treating me as one of their own – I stared intently at my phone, trying to avert my eyes to an entire orchestra of Italian men in their underpants.  Kind-of fun, truth be told.

Next up on the docket is an unaccompanied recital (Bach Chaconne, Ysaye Second Sonata and Biber Passacaglia) in Vicenza (tomorrow), two more recitals, interviews, lots of social activities, and I even get to go to La Fenice and see the Barber of Seville!

This time next week I will be back in Quartet swing, as we have several concerts and a new piece to learn. So far, it has been quite an eventful quartet  “Sabbatical”.  Ciao! 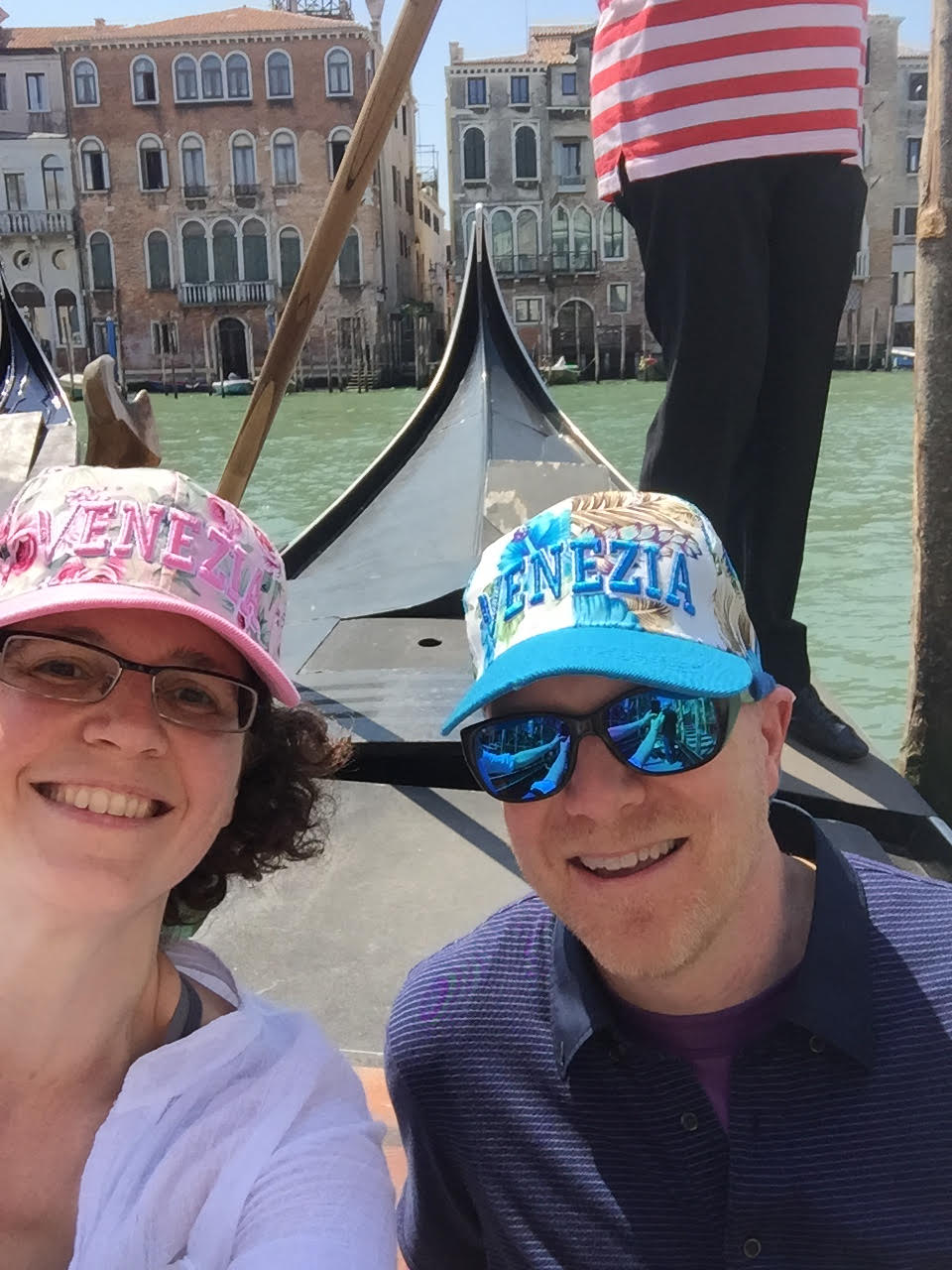 « Concert pianist launches her own brand of bags