Of the two UK finalists in BBC Cardiff Singer of the World last weekend, many felt the English soprano Louise Alder stood a better chance than the Scottish mezzo Catriona Morison. Alder commanded the stage with unfeigned confidence, a breeziness that shines through this, her well-timed debut recording.

Songs by Richard Strauss are not for wallflowers. Everything has to be just-so, shimmering on the surface and hinting at Freudian urges below. Louise Alder, who made an opera debut as Glyndebourne’s stand-in Sophie in Der Rosenkavalier in 2014, sounds undaunted by anything Strauss can throw at her…. 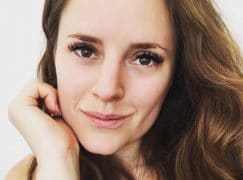