Just in: Brazil maestro gets a job

Roberto Minczuk, controversial former music director of the collapsing Brazil Symphony Orchestra (OSB), has won the contest for the vacant podium at the New Mexico Philharmonic.

UPDATE: Lehninger and Bergmann withdrew early from the process. 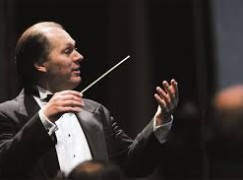