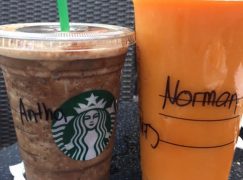 How do musicians know when we’ve made it?

Our diarist Anthea Kreston left her idyllic smalltown life in the US last year to play in an international string quartet based in Berlin. While the quartet is on sabbatical, Andrea and her family have been reflecting on the meaning of it all. Some of her Curtis classmates have hit the headlines. Others live in a one-room apartment, waiting for then phone to ring. All were trained for the same kind of success. But success, finds Andrea, comes in many forms – some more satisfying that others.

What is success?  Often, we see success through the lenses of the world, through the filter of history, from others in our chosen field. A beautiful workspace, a name which is recognized, deferential treatment, power. In many ways, I have experienced these types of successes in the past year and a half. The number of sharply dressed men in pony tails, who deliver glasses of champagne, the nitty-gritty of my professional life parsed out to a large group of people, many of whom I don’t even know by name, cars which transport me to famous halls filled to capacity, glamorous afterparties and swank hotels – these things have appeared in my life.

But – what, really, is success?  Is it a feeling, or something tangible? Is it measured by others, or is it possible that is can be completely owned by the participant, regardless of public perception?  As a student at Curtis, I was naturally placed into the highest echelons of classical music – the expectations after graduation were careers as soloists, or entering a top 10 orchestra. Nothing else (it seemed) was acceptable. There is something I would call the “Curtis Effect”, where a percentage of graduates don’t find an easy path towards their definition of success, and end up living a hermit’s life – frozen and unable to take advantage of the huge collection of gifts they have, and instead, thinking that any activity below the top level career is unthinkable.

I remember, when there was a last-minute opening as conductor of Connecticut College Orchestra (a wonderful liberal arts college where Jason and I taught).  I looked up one of my old school-mates, who had not gotten his dream job yet. He turned down the interview before my sentence was finished – the idea of conducting a college orchestra was worse than scraping by in a shared apartment in Queens. So – they offered the job to Jason – and Jason said he would take it only if he could split it 50/50 with me. By the end of three years, we had grown the program by 100% and also begun a popular free series for families – it is one of our fondest memories of our Connecticut years.  Curtis is no longer like this, by the way – under the steady and open-minded hand of Roberto Diaz, they now have an active outreach and educational component.

So – what is success?  For me – it is joy, it is challenge, it is connection, it is surprise and failure. At the end of my life, I don’t want to look back and realize that I followed someone else’s cookie-cutter definition of success.

Next week I play again (viola) with the Berlin Philharmonic – with Sir Simon Rattle. And – I return soon to Venice to solo again with the Interpreti Veneziani.  Maybe this time I will participate in the underpants group changing room. Ha ha. I met someone the other week – a famous musician – who said, “well, I would never play in an orchestra – not even Berlin, and certainly not viola”.  As if, somehow, playing viola (god forbid) in the best orchestra (oh dear) in the world was beneath them. I should have said, at that point, “well – I have to run now – my three year old student comes

tomorrow and I need to get to McPaper for more construction paper and glitter glue!”

My student did come today – and I made up a new game called “Mrs. Twinkle Mix-Up”, and after that, I ran to meet Norman Lebrecht for coffee – our first meeting. In some ways, the lessons with my youngest students are my most difficult challenges, and my most satisfying successes. Norman was wonderful!  I got a selfie of our cups, but forgot to snap a photo of us together.  Gives me something to look forward to next time.

An afterthought from Ralph Waldo Emerson:

To laugh often and much;

To win the respect of intelligent people
and the affection of children;

To earn the appreciation of honest critics
and endure the betrayal of false friends;

To appreciate beauty;
To find the best in others;

To leave the world a bit better, whether by
a healthy child, a garden patch
or a redeemed social condition;

To know even one life has breathed
easier because you have lived;

This is to have succeeded.

To the jerk who shushed me in mid-concert »