Holland Park: ‘We are the most accessible summer opera’

Against the backdrop of contemptible articles in the Times and Metro newspapers, depicting operagoers as a champagne-swilling mob oblivious to the poor, general director Michael Volpe sets out the facts today about the company’s accessibility policy.

Our first accessible ticket scheme at OHP, introduced over ten years ago, was free tickets for those aged seven to 18, including an accompanying parent for those under 16. This was joined soon after by an equivalent scheme for patrons aged 60 and over, aimed at mobile, active retirees who are not flush with cash.

In total 1,000 free tickets are given to young and older audiences per season, and both schemes are fully subscribed every year. Many parents have told us that introducing their children to opera for free has ensured their family enjoys opera before they invest in more expensive tickets. 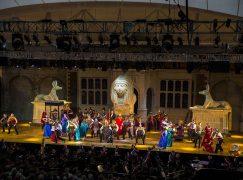