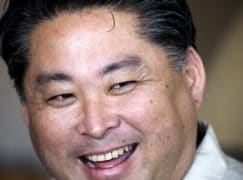 The civil case against Montana State University for employing a music professor and conductor who was accused of rape has been postponed for a fourth time with both sides accusing each other of failing to disclose evidence.

Shuichi Komiyama, 47 at the time of the alleged offence in 2011, was music professor and conductor at MSU Symphony Orchestra when one of his students, aged 22, complained that he had unwanted sex with her. Komiyama, a popular conductor who had taken the orchestra on a tour of Asia, was suspended and banned from the campus. He resigned later that year.

The plaintiff claims that the university was negligent when it hired Shuichi Komiyama in 2006, having failed to discover that he had a prior felony conviction in California, where he was convicted for an affair with a high school girl. Details here.

The trial has been rescheduled for March 2018.

« Orchestra challenges composer to write something live on stage