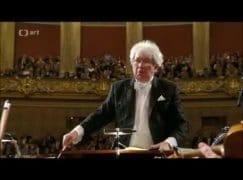 Death of a major conductor, 71

The death was announced today of Jiří Bělohlávek, chief conductor of the Czech Philharmonic and former chief of the BBC Symphony Orchestra.  Jiří, who was 71, had been suffering from cancer for a considerable time.

His final recording, for Decca, was Dvorak’s Requiem.

I knew him well in the immediate post-Communist era when, in 1990, he was elected music director of the Czech Philharmonic and, two years later, was dumped by the players in favour of a provincial German conductor who came promising gifts of Sony recordings.

Jiří bore both elevation and rejection with equanimity. He lived all his life in Prague and made his career there, never seeking a position in the US that would take him away from home for long periods.

He was a reserved man who shared warmth only with those he eventually trusted. He was a conductor of great sensitivity and subtlety, never showy, often profound.

He will be universally missed.

« Eric Owens: ‘There’ve been times when I thought, this is terrible’

Lone Brit loses out at the Cliburn »