Can we take the kids to a sold-out concert? (Yes, we can) 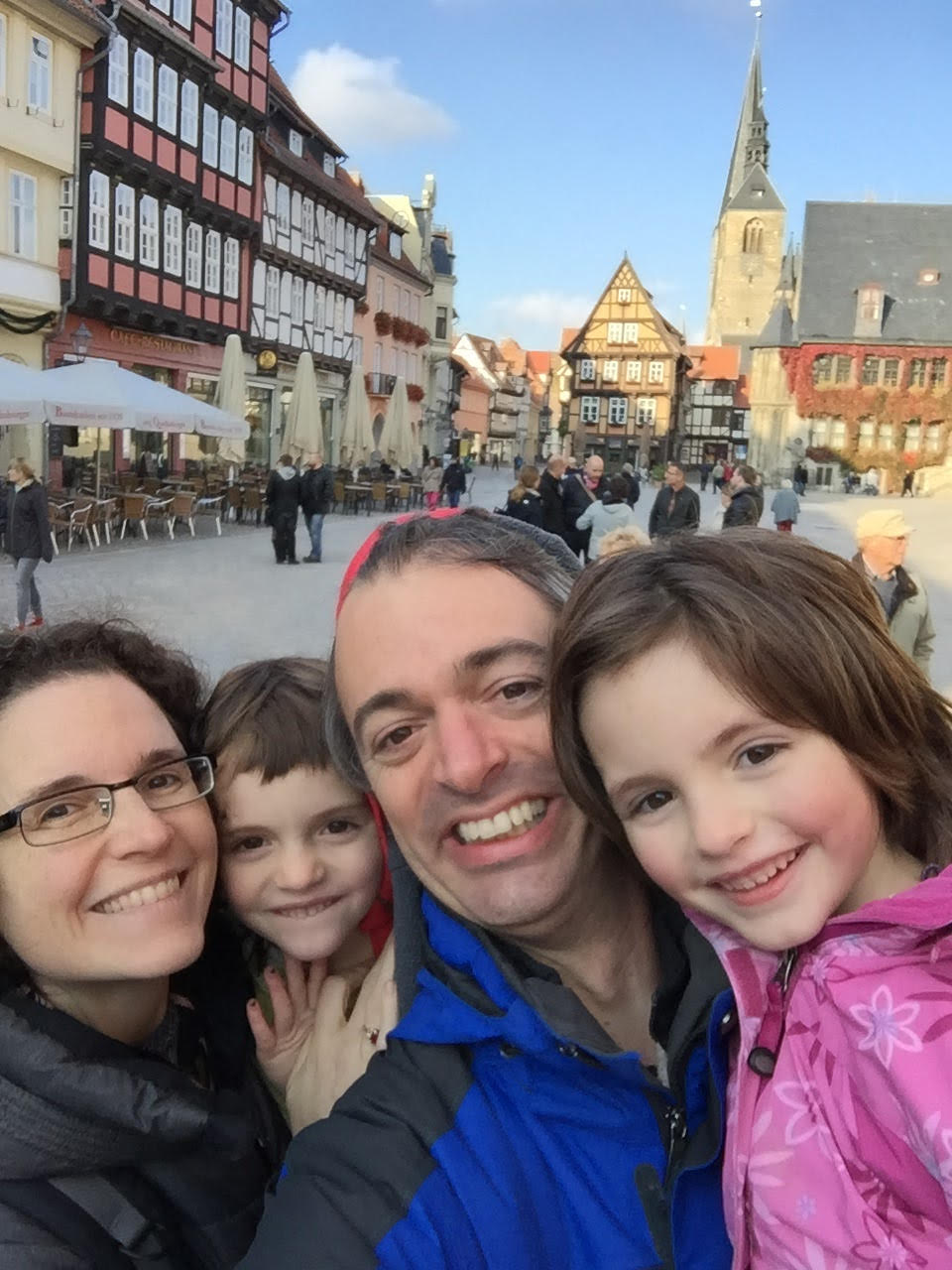 This past weekend I came home at 2 pm, exhausted from life in general, but more specifically from a morning of teaching at the University of the Arts, practising for this week’s work in the Berlin Philharmonic, and a (seemingly) narrowly-survived maiden voyage sleepover (at one point, all three girls were in tears – one was tired, one was hungry, and one was lonely – all sad despite my carefully planned egg-carton painting, popcorn making and pine-cone badminton).  As I entered the house, eyes drooping, I saw my husband, cello in hand, dressed for his concert, and the girls in all sorts of finery – purses, wedding shoes and golden headbands, clearly planning on going to the Gendarmenmarkt for the Konzerthaus Orchestra concert.

I desperately tried a combination of winking and wide eyed emphatic talking to “explain” that his concert was sold out, we couldn’t go, I had a student, I was starving, couldn’t stay standing for much longer, please please can we not go, etc. It fell to deaf ears, as the girls were set on it, and Jason had already gotten tickets.

Considering my 5 minute turn-around, I was pleasantly surprised to find a cold, half-drunk cup of coffee from that morning (I hope), and I grabbed some other nearly-eatables (half-finished PBJ from the table, etc) and off we went. A fresh coat of deodorant and a new shirt was going to have to suffice.

As we drove, Jason told the girls the entire story of the Miraculous Mandarin (Bartok’s incredible work, originally banned for its controversial content).  It sounded just like one of his regular “stories from head” that he tells the girls. They have about 10 different serials that he makes up night after night – from Spacegirl Meerb and Alien Tzip to Super Sisters and even a period private eye series. The Miraculous Mandarin is filled with bad guys, a bad girl, dancing, robbers, a glowing huge guy, and a final show-down complete with a hidden choir singing wordlessly as the Mandarin floats in a cloud of green gasses. Just up our alley.

As we walked up the red carpeted 29 steps to the magnificent Konzerthaus, I knew that this had been the right choice. The girls were wide-eyed at the chandeliers, the light-blue walls – the busts of composers lining the rectangular concert hall. The first half was Sibelius – “Valse Triste” and the violin concerto, performed by artist-in-residence Patricia Kopatchinskaja.  After intermission, the Bartok.

The girls loved it – they liked how shiny the flute was, how the violinist’s dress looked really old, and how her hair was all messy, and how sometimes she turned completely around in a circle. They loved trying to find the secret choir (only to be completely excited to realize they were in street clothes and hidden in the audience).  They loved eating ice cream that had cookie dough in it, watching Dada play his cello, waving at him, clapping loudly, calling out “dada” instead of “bravo”, and eating middle-eastern food after. When the soloist passed our restaurant, the girls clapped, and she stopped to talk to the us. Then she hailed a cab – which was equally exciting.  And the bathroom in the restaurant has soap that smelled so good, they each took 6 squirts.  All of these details had equal weight for the girls, and altogether made for a great evening.

My exhaustion just melted away as I saw the experience through their eyes – I am so happy that I lost the winking argument.

This week I play again with Berlin – in a concert with no violins!  What a concept. Brahms, Turnage, and Dvorak. Jason and the girls will come, and I am sure they will enjoy the Brahms as much as they enjoy choosing their cake and eating it with mom at intermission.