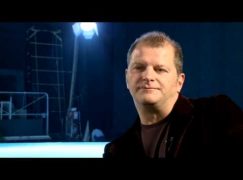 It is being described as a high-risk appointment: Martin Kusej, 55, former head of drama at the Salzburg Festival will take over Vienna’s main theatre in 2019.

« Playing with Sir Simon is all passion and precision. Now I get back to grit