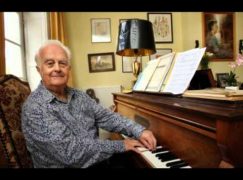 A French composer-fixer has died, at 83

The composer Jacques Charpentier, a student of Messiaen, wrote more than 150 scores and was organist of Saint-Nicolas-du-Chardonnet in Paris.

His day job, from 1958 on, was as a senior bureaucrat in the Ministry of Culture, deciding on musical proposals and careers. In 1978 he moved south to become director of music for the city of Nice.

He married the mezzo-soprano Danielle Vouaux-Charpentier.

Jacques Charpentier died on June 15 at his home, near Carcassonne, aged 83.

« US critics choose their best new opera of the year