June Chu, Dean of Pierson College, has been sent on leave after students found online comments in her name that called restaurant staff ‘morons’ and diners ‘white trash,’

Pierson’s Head of College Stephen Davis said he was ‘grieving’ over the issue. ‘On Saturday evening, I found out that she was in fact responsible for multiple reprehensible posts, enough to represent a more widespread pattern,’ he told students in an email. ‘The additional posts that surfaced compounded the harm of the initial two, and they also further damaged my trust and confidence in Dean Chu’s accountability to me and ability to lead the students of Pierson College.’

This is preppy Yale.

Not an environment conducive to learning. 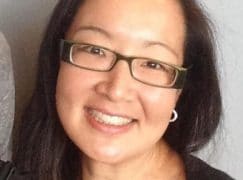