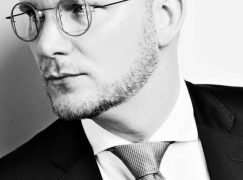 Who’s up for the Glyndebourne Cup?

They had the Glyndebourne intendant Sebastian Schwarz on the Today programme this morning, explaining why the world needs another vocal competition.

He gave what amounts to three reasons.

1 They will be performing for a jury of intendants who are in a position to give them a job.

2 They are being asked to specialise – it’s Mozart only in the first year.

3 They will be on television.

Deconstructing these reasons from the bottom up.

3 The TV is Sky Arts which, at Eglish National Opera, drew a viewership so small it was literally immeasurable.

2 No intendant will back a singing career on the basis of a single Fach (unless it’s Wagner).

1 No intendant will (see above).

So what’s the point of the Glyndebourne Cup?

The elephant in the studio which no-one mentioned is the BBC’s Cardiff Singer of the World competition, which kicks off in six weeks’ time.

Cardiff is this country’s foremost singing contest. It is receiving a diminishing amount of BBC airtime.

Glyndebourne’s bee-keeping director may have spotted a hole in the hive.