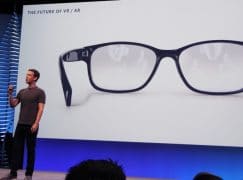 When the cellphone dies, music will really be in trouble

Some predictive thoughts from the young Latvian violinist Yevgeny Chepovetsky:

Actively used electronic gadgets will penetrate the concert hall in any case, and this will happen within the next decade.

The thing is, the next generation of gadgets will look and function quite differently from the modern smartphones. They will become intrinsic to the human body, more invisible and undetectable by others. Checking, scrolling, sharing, clicking, texting, taking pictures and so on will turn to be totally imperceptible. To regulate the use of such gadget in the concert hall would be completely absurd…

Did you miss the ping-pong concerto? »