Vanessa washes up in Britain

Sixty years after its premiere at the Met, Glyndebourne is planning the UK premiere of Samuel Barber’s Vanessa, a work of unabashed romanticism and limited uptake. 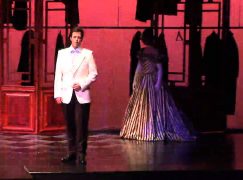