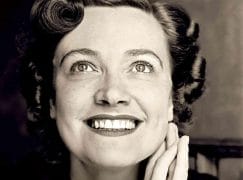 The best side of Kathleen Ferrier

When the English contralto Norma Procter died a few weeks ago at the age of 89, readers remembered seeing Kathleen Ferrier in her audience at Norma’s London debut, at Southwark Cathedral, in 1948. This was typical Ferrier. Six years before she had been a switchboard operator in Lancashire with no hopes of a music career. Now an international star, she took every opportunity to offer support and encouragement to others on the way up. Hearing that Norma was studying in London with her own teacher, Roy Henderson, Ferrier invited her to stay over at her own West Hampstead flat rather than catch the late train home to Grimsby.

Listening to these Ferrier tracks, newly retrieved from BBC broadcasts and never released before, I am struck over again by the great contralto’s overriding characteristic — her natural, unfettered generosity….