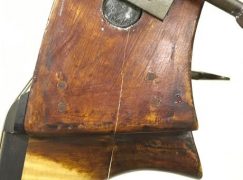 Barry Chan, a musician with the Hong Kong Sinfonietta, flew to Vienna with his double bass for essential maintenance and repair. When the work was done, he flew home on British Airways, landing in Hong Kong on May 2. Here’s what Barry tells Slipped Disc. 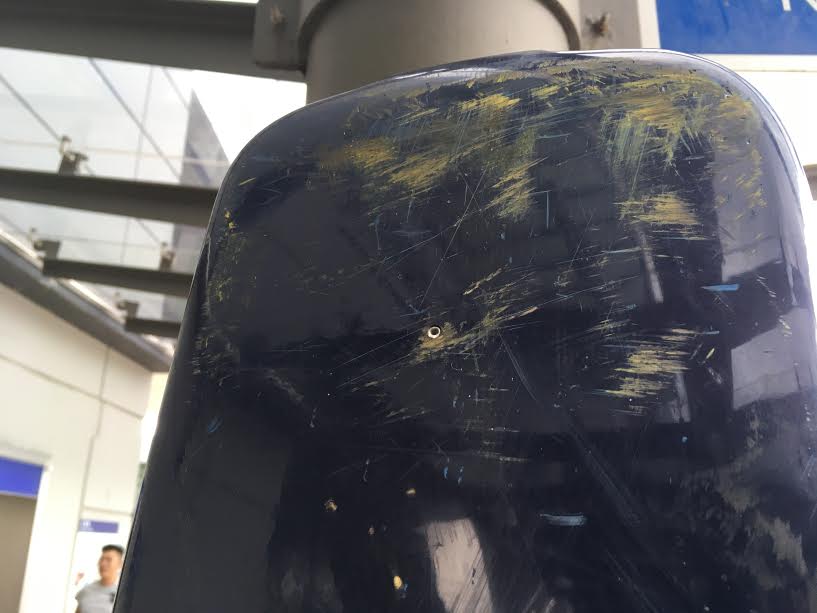 ‘I was shocked when I saw my instrument at the extra large luggage counter, total of six locks on the case were all opened with only one lock half broken but still trying to hold the case together. The case was opened, with lots of serious scratches, and I could see the powder of the case stick near the scratch which prove that it is new and obviously had a hard crush as few places the varnish had been cut away. The feet has gone, together with the botts behind the case are all gone, and the case can no longer be closed because of the deformation.

‘I report this immediately to the British Airways counter located between the baggage claim counter seven and eight and got reply from them that British Airways does not have to bear any responsibility on the damage caused and I can only ask the insurance company for further claiming procedure.

‘Inside the case, was a 150 year-old double-bass worth around $300,000, covered with a thick bag which can give the bass the highest protection. After I arrived home and tried it, I discovered a huge crack on the scroll which make the instrument no longer playable, a big repair is needed again. The scroll was original, made 150 years ago and kept very well until the day I came back. The only way cause this damage is to give an enormous force from the back of the head, at the same time I found the horrible scratch on the head of the case too, so I am so sure my double bass has been dropped onto a hard surface from a high position with the head pointing down.

‘It brought me so much trouble on handling it and huge loss from the repairment, time and instrument value while the broken place is at the most expensive place of the instrument.’

We have asked British Airways for a response.

Does anyone have further suggestions?

UPDATE: British Airways contacted Slipped Disc less than 40 minutes after we posted this report. We have put them in direct contact with Barry and hope for a positive outcome.

Our colleagues take great care with our customers’ luggage, so we’re very sorry to hear about this. Our customer service team will be in contact with Mr Chan to help resolve his issue.