There appear to be only two principal flutes in our exhaustive list of the longest serving orchestral players, and both are male.

Could it be that Nora Shulman, who is stepping down as principal flute of the Toronto Symphony Orchestra after 43 years, wins the endurance record for women?

Nora retires in July and will be widely missed. 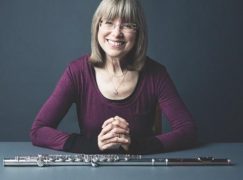