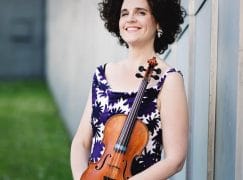 How the Berlin Philharmonic sounds from the inside

Our diarist Anthea Kreston made her debut last week in the viola section of the Berlin Philharmonc Orchestra. Here’s how it felt from her seat.

I am waiting to board my flight to Krakow – one of the many quartet concerts which sprinkle throughout this loose six-month sabbatical. And it does feel like a sabbatical of sorts – the flexibility of schedule allows for a great variety of activities – musical and other. This week we got the keys to our new home – a newly refurbished home built in the 30’s, nestled among a lush green landscape – apple trees in the backyard, a line of raspberry bushes bordering the side of the property. In the back, down a small path, is a little lake, a wooded park, a horse farm. We can travel together by bike through this park to school, or to the S Bahn station which can get us to the heart of the city in 20 minutes. This may be the little link to our bucolic past which will allow us to breath fully, expand into endless hours of magical play in the woods.

My week with the Berlin Philharmonic is at an end, and I am still riding the high of the performances, the happiness of meeting new people and finding  inspiration from that undulating, breathing organism made up of 120 of the most talented musicians from every corner of the planet. Although I have been kindly asked from not commenting on my time within the orchestra, they have allowed me to give a reaction to the performances – a kind of internal concert review.

To look around the orchestra during performance – to see the concentration, delight, and passion on the faces and in the movements of the musicians was a thing to behold. I have seen many great orchestras perform before, but the freedom of movement, the dedication to line and nuance, far surpassed any experience I have had. Under the baton of Semyon Bychkov, the orchestra was in turn tightly controlled, as well as allowed to roam free – with the internal hierarchy of concertmaster/leaders of sections communicating with one another to create a flow which was generated from within. People’s eyes were trained on the concertmaster (the American Noah Bendix-Balgley, pictured below), the leaders of their sections, the constant weavings of solos coming from every corner of the orchestra. They breathed together, allowed for breath to happen. 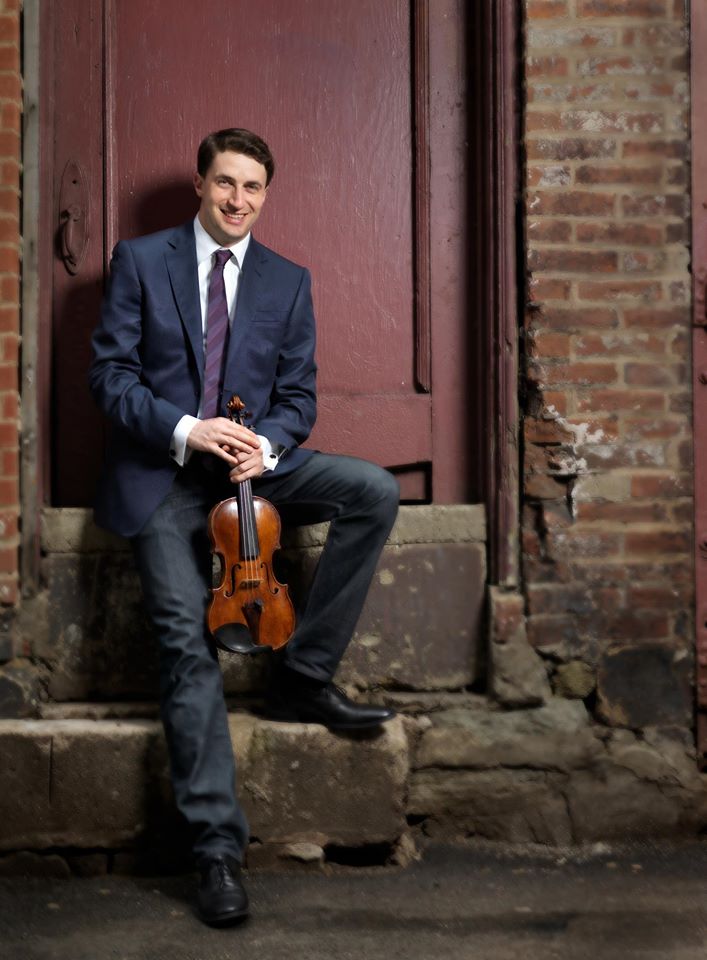 The soloist in the Shostakovich Cello Concerto was Gautier Capuçon, a cellist with remarkable strength – both of character and physical control. He is a regular Schubert Quintet partner of my quartet, but my first meeting with him was thwarted this season because of upheavals in Istanbul, where our concert was scheduled. His encore – Casals’ Song of the Birds, played together with the cello section of the Philharmonic, was ethereal and transportive – the sounds of cellos working as one was felt deeply in our chests, as we sympathetically resonated together.

Heldenleben was the meat of the meal, ingested with hungry ears and hearts after a generous intermission. Again – a freedom of line prevailed – and the ensuing passion driven by the orchestra, supported by our director firmly yet with a large degree of trust, allowed the orchestra to soar.  To feel the trust of the conductor – to know they believe in you, and not only allow but encourage individual expression – this is what laid the groundwork for a living, breathing interpretation of this tone poem – the semi-autobiographical “Hero’s Life” – gargantuan in scope as well as the demands on every member of the orchestra.

At the end of Ein Heldenleben, with the final chord by the brass and winds coming to a stop, there was a silence, a long silence, in which the conductor seemed as if unable to return to this world – he had taken us, or rather we had gone together, to a magical place, and no one was ready to come back. The audience was with us – every seat filled and rows of standing listeners. We stayed, all together, slowly returning to this world, and a thunderous and sustained applause brought us all back – here we are, in Berlin, 2017, and we have indeed all gone together to a different place, and have experienced something that could not have been experienced anywhere else. What a glorious time.

The concert can be seen in full on the Digital Concerthall.