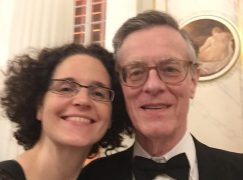 Hey, teach… I used to be your page turner

Our diarist Anthea Kreston wanders this week down memory lane. 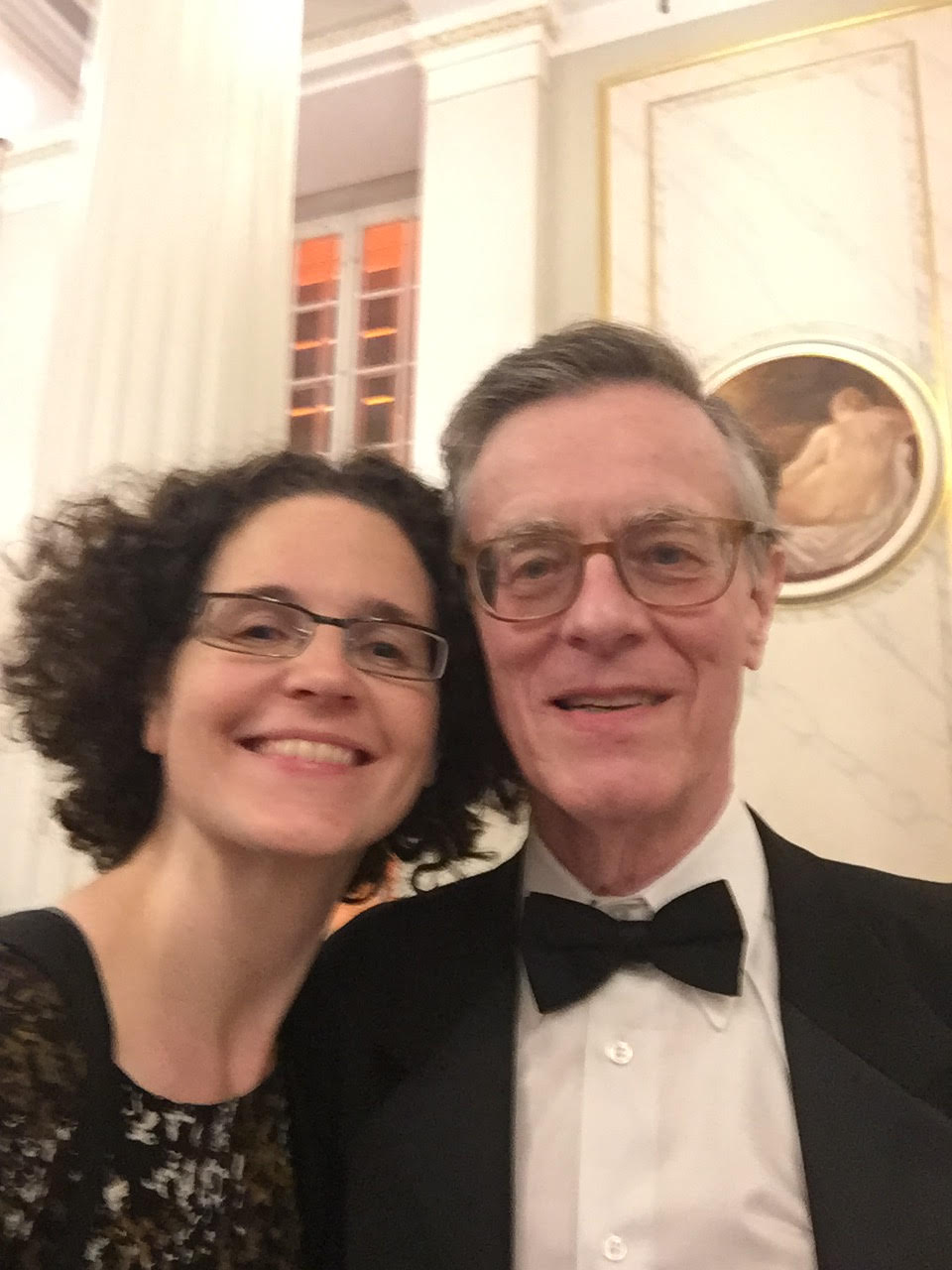 Why do people come to concerts?  What do they want, expect, and receive?  The preparation for an event, from the performers side, management side, and audience side, is incredibly time consuming and requires sacrifice, patience and commitment. Why do we all do it?  I sat next to a non-musician in Brussels recently at an after-event, and asked him why he came, and he said, “pleasure and surprise”.

This week I had the great luck of hearing two fantastic concerts, and was very aware of the differences between being a performer and being an audience member. Recently I have been quite obsessed with audience experience, especially audience who are not musicians, or regular concert-goers. I like to talk to these people after the concert, and have been collecting “concert reviews” via email from a handful of people. Why do we go?  A variety of reasons – our spouse wants to, we have a relative or friend playing, we want to hear some of our favorite music or musicians.

So – here is my own concert review of the Curtis Symphony Orchestra – they were here in Berlin as a part of a two-week European tour. ****disclaimer**** I am an alumna so I will be totally biased in a super-supportive way.

I knew several months in advance about this concert, and had it in the family calendar. I am crushed with work right now (my battery summary on my iPhone says that 54% of my usage today was for metronome), and wasn’t sure if it was smart for me to take the time to go – but I wanted to see old friends, take a trip down memory lane, and go with Jason and meet up with alumni at the concert. The babysitter was booked, tickets set aside, and plans to attend the private event after the concert were in place. It was exciting to go on a “date” – I even changed my outfit a couple of times and put on my fancy shoes.

The concert was held at the glorious Konzerthaus, which is situated in the Gendarmenmarkt Square in the Mitte section of Berlin, the hall which is home to Jason’s orchestra, Konzerthausorchester Berlin. The main hall, meticulously reconstructed after WWII, is a neo-classical shoe-box concert hall. It is considered to be one of the top 5 concert venues in the world for music (or so Wikipedia says).

One of the things I was most looking forward to was taking Jason’s route to work with him – we walked to the bus, transferred to the Ubahn, and I got a glimpse of his daily journey. Already we saw many friends before we even got to our seats – composer David Ludwig (whose piece I will be playing this summer at Curtis), the staff of the Curtis tour, and several alumni. Jason bypassed our assigned seats and took me to his favorite spot. The Konzerthaus is a rectangle, with a generous main seating area, but with the addition of three levels of thin balcony which wrap around the hall. We positioned ourselves directly above and behind the orchestra – we could see the conductor (Osmo Vänskä) clearly, as he was facing directly towards us. I had come down with a second, more fierce cold this week, and had taken a generous dose of my daughter’s cough medicine and had a roll of toilet paper in my backpack (it’s all high-class for this girl!). The students came on stage all together, to the generous applause of the audience.

Ravel opened – the Daphnis and Chloé Suite Nr. 2, and I was struck by the range of color and the delicacy of sound. The second piece was the Penderecki Double Concerto, with soloists Benjamin Schmid (violin) and Roberto Diaz (viola).  What a crazy piece!  Swirling and angular, virtuosic – the orchestra was tight and the soloists played with daring – passion but with the control needed in order to execute the finely woven mathematical dance. Because we were behind and above the orchestra, we saw the backs of the soloists.  I guess, as audience members, we often remark about what a female player looks like, or wears. I was struck by how incredibly in shape these to men were – how is it that Roberto looks younger and more lithe now then l when I met him 20 years ago?  Both Roberto and Benjamin’s tuxes were straining against their physical efforts – a perfect combination of strength and abandon. Unbelievable performance.

Intermission gave us a chance to find old friends – two incredible violinists who were at school at the same time as I and who now live in Berlin (and happen to have kids the same ages as ours).  Judith Ingolfssohn is a soloist (winner of the Indianapolis Competition) and Indira Koch, assistant concertmaster of Deutsche Oper Berlin. We enjoyed some festive bubbly drinks and then they joined us after intermission in our birds-eye seats.

And finally, with all the glory of Brahms, did the full sound and raw energy of this group of 100 students reach its potential. With Peter Serkin as soloist for the Brahms Piano Concerto in d minor, the triangle of conductor-soloist-orchestra was complete and in sync.  Peter Serkin has this way of interacting with the piano – where his fingers hover, vibrate on the keys.  I guess I have always had a soft spot for pianists who sing – and not only does Peter sing along with himself, but he turns and sings with the orchestra – looking at individual students and without hesitation, sings along. I love it.

Osmo Vänskä put the baton aside for the second movement, and the hushed sounds from the strings was like being wrapped in velvet.  His hands, with their long, supple fingers, looked like they were in a miniature pas de deux, seemed to be the hands of an Indian Classical dancer, with all of the subtleties of the mudras hand-dancing. Sometimes he would turn to Peter, resting his left hand lightly on the piano, such a little gesture, but it had such warmth.

We jumped to our feet after the concert, and I was so happy to to go to the reception after and say my congratulations to everyone. How amazing that a college group has the opportunity to work with such tremendous soloists and conductor, and I am sure it is equally as nice for the professionals to work with the kids.

My full nerd-ness came out as I found Mr. Serkin, and tried to jog his memory of the times we met (remember when I turned your pages at the 92nd Street Y?  I used to play with your student *******, etc.).  He seemed to vaguely remember, or at least was sport enough for a selfie.