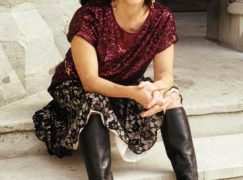 Frontline report: A pianist in Caracas 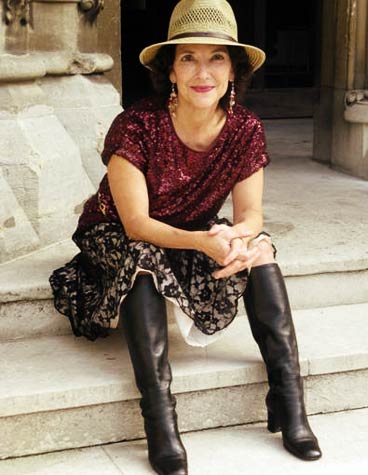 Two weeks ago, on a trip to visit my elderly mother and family in Caracas I revisited Schuman’s extraordinary ‘Kinderszenen’ as preparation for a concert in London, where I live.

On my rickety, old, out of tune and humidity-stricken upright, neglected for months, I returned once more to this familiar score and to the faded stage of my Caracas childhood. Seen through Schumann’s world,  I remembered the sunny ease of life in my country before my departure. The plentiful mangos beckoning from generous trees, the ‘patinatas’ ( roller skating parties) in the streets of Altamira, where I lived (now a war zone). The sun shining in the eyes of people, always ready for a joke, ready to step in to help a passer by, an old person. The Perfect Happiness of a day in the Parque del Este, the all pervading feeling that everything good was awaiting and possible. Abundance.

No more. After years of lies, corruption and embezzlement by a dictatorship, what I revisited and witnessed last month were scenes which could have come straight out of Guernica or indeed, Goya’s Disasters of War.

I would have never described myself as particularly patriotic. The daughter of an exiled Catalan philosopher and an Italian immigrant living in the UK my identity’s net is cast wide and far. Then, in 2014, something changed. Massive but peaceful protests were met by brutal repression and killings of young people, almost children, by government officials. If you have never been to Venezuela you might find it difficult to imagine the gentleness and charm of its people. Their beautiful voices, their sense of humour, their concern for their elders, their love of children.

My outrage grew as I watched videos depicting woundings and murder and heard from friends and relatives. This government has turned my country into one of the most dangerous and violent places in the world. This is a place were, if something happens to you, the last person to call is a policeman.

Last August, my mother was ill and I went out. There was a chill in the air. The stale smell of fear prevailed upon the city. In ordinary neighbourhoods, I saw people looking for food inside the rubbish bags lining the street. Shock and disbelief lingered for weeks.

Now I am back and what I see is utter misery and destruction. Much worse. At first one only notices the coverings, the ravaged surfaces. The demoralization of architecture. Then, you look deeper, you take in the detail. Eyes too tired and scared to see, mouths without smiles, the holes in the clothes. The people. The victims.

To see what really goes on in a country one must use public transport. A tricky one in my country…Let me tell you. One does not use public transport lightly in Caracas if one can help it. It is far too dangerous. But then, a car does not guarantee safety either. So many of my friends have been held at gunpoint at traffic lights….Forced by airport authorities to get some official documents  I ventured out on the only march-free day since our arrival. Having to cross the city from one government office to another, it was a toss-up between hailing a cab on my own (probably far more dodgy than taking the tube) or tubing it, as at least , if I got kidnapped, robbed or murdered someone would see it. So I decided, against  everyone’s advice, to opt for the latter.

The underground was packed. It is 10 am and I am scared. A mugging is taking place as I arrive on the platform. People are shouting. I run in. I look around and then I feel it. This unusual, eerie presence. The silence. The staring.  The downcast faces. The hunger games.

These are the real hunger games. The government has done it homework. This is no rookie dictatorship. Maduro and his retinue have mastered starvation as a form of warfare. Its corroding denial has debilitated, scared and infiltrated the minds, hearts and souls of Venezuelans. People joke that Maduro’s supporters have been bought out with a ‘bozal de arepa’ : a bread muzzle. Not surprising. You can see why. Finding food is an epic endeavour. If you are a tourist, or have access to foreign currency you can walk into any supermarket and buy at hugely inflated European prices but if, like most people, you earn a minimum wage of  $40 a month the only way is to queue for subsidized goods. This takes most of the day and consumes most of your energy and it is usually futile.

The people I sat with in the tube, in government buildings and offices, were beaten into submission by hunger. Parents paraded their sick children in the carriages for money. Rage and sadness flooded my heart.

In Yoga philosophy, Prana, the life force, is sustained by a number of things, one of them being food. These men, women and children had only one though in their minds:’ where am I going to find my next meal?’. Marching is hard on an empty stomach.

And what  marches. Imagine the  M25 lined with people. How can they carry on? Who will help them? Where will they find the strength  to continue ? But against all odds, their spirit is not beaten yet. A thirst for justice , but most of all, love and the truth keeps them going. I walk down my street and join them for a while and feel immense pride but I also feel the fear. Anything can happen , because the President has armed hordes of thugs and instructed them to go out and use knifes, guns and baseball bats on anyone they fancy . Anyone can be a killer here.

I remember that I need to stay alive to bring my daughter back to safety, so I relent and go back to Schumann.

For years, I held a small, anonymous protest. I would not perform in Venezuela if it meant receiving money which was in any way tainted by officialdom. Social media protest isn’t my thing. I read and admired the posts by Gabriela Montero, one of our finest artists. I have signed petitions, gone to marches in London and told everyone I meet what is going on but I haven’t publicly pronounced. I have decided to speak up now because I wanted to set the record straight regarding the way in which news from my country is presented. The accounts are mostly incorrect and misinterpreted. It is very difficult, for a non-Venezuelan, to access and interpret live videos from social media in an accurate way. It is important that you understand the gravity of the situation. We need the support of the UK government. We need help. Human rights are violated . Innocent people are being killed every day. After the events of this week, flooded by feelings of guilt, impotence and worry for my close ones and unable to offer my support in person I have obtained a twitter account. To bridge the gap between the now and then. The here and there. Between the two disparate sets of childhood memories.

The scenes from this trip elicited a very different response and the titles of each piece in the cycle evoqued recent events. Schuman’s lens is now distorted. This is indeed a ‘Foreign land’

Down the road, in Plaza Altamira , an opposition stronghold, there are no children playing or pushing prams like I am used to. The sound of tear gas and bullets mingles with that of people shouting, running and screaming. We run inside for cover. All the children – at least the ones lucky enough to have a home with walls – are indoors.

These days, a grand event for most families is to have two meals a day ( the equivalent of winning the lottery), or to make it home safely, or even better, to make it home at all!

The bakery next door, once famous for its cakes displays a ghostly array of empty shelves. I become the family’s chief bread hunter. My duties involve going down at strategically timed intervals in case they manage to bring out a few trays. Imagine trying to hold down a job and raising three kids whilst having to hunt around the city for bread, soap, toilet paper (a luxury item). ‘A begging child’ is now an all too familiar sight in most streets with gangs of children running around looking for food in any way they can get it. My street is no exception.

Hundreds of people of all ages take to the streets.

What can anyone say to the parents and family of  Armando Canyizales, a child of 17  killed today by the very people who should have been protecting him. And all the other children, parents, grand parents that have been murdered? 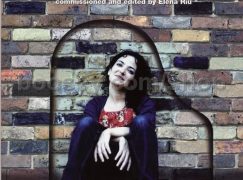 Elena Riu will play Kinderszenen at Trinity Laban on May 10. Details here.

« Air rage: A doublebass is smashed by US baggage handlers

The holy grail of Mahler’s Third »