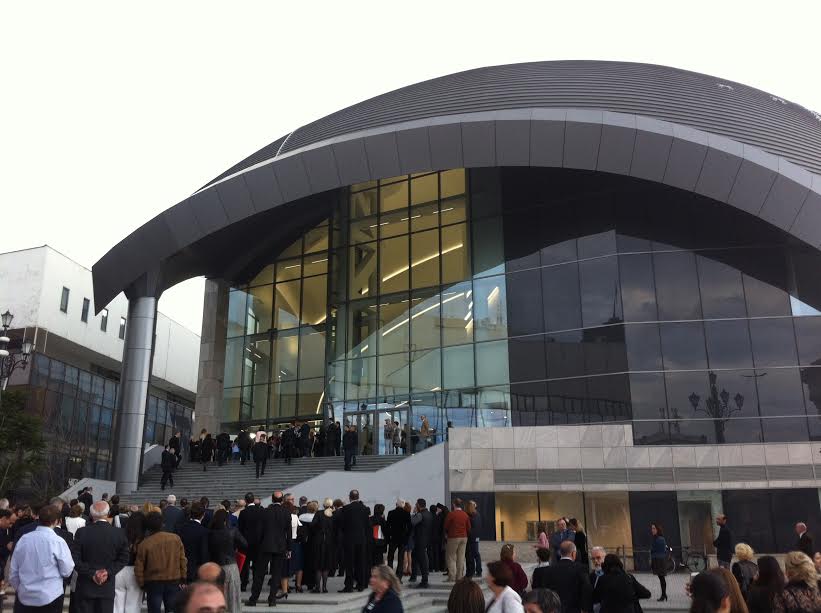 Last night (21 May) I was in Skopje, capital of FYR Macedonia, attending very solemn opening of the new (and after 70 years of existence the first) Macedonia Philharmonic Orchestra concert hall. 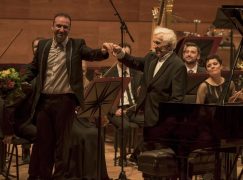 Despite many political troubles and a poor economic situation in Macedonia this is the first concert hall built after disintegration of Socialist Yugoslava in any of its former republics.

Capacity is 1000, there is also a smaller chamber hall for 400 people.

Construction began in 2009, and was delayed when the building company went broke. The final cost, according to the director, is 37 milion Euros. 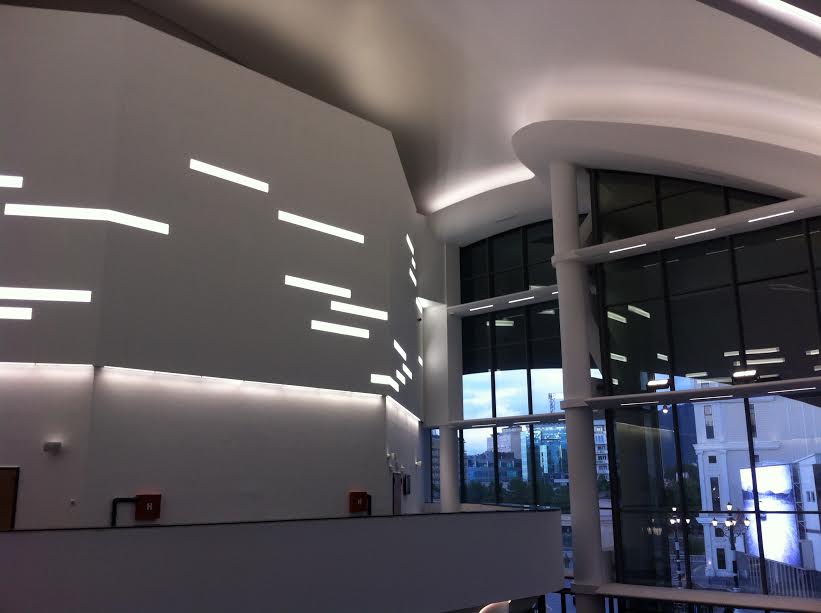 Until now, the Makedonska filharmonija has been playing in the totally inadequate acoustic of a military building.