Death of a Klemperer soprano, aged 95

The German soprano Agnes Giebel, whose career began late in 1947, quickly became a fixture with the Philharmonia Orchestra under Otto Klemperer and the Leipzig Thomanerchor with Günter Ramin.

Admired as a Bach recitalist of rare purity and precision, she also explored the music of Schoenberg, Hindemith and Henze and continued singing up to 1990.

The family today announced news of her death, in Cologne, on April 24. 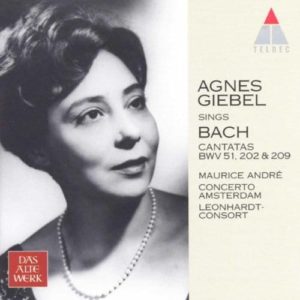