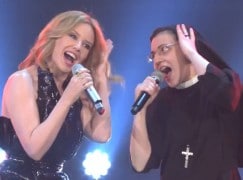 The Fairfax newspaper group – which owns the Sydney Morning Herald and the Melbourne Age – plans to fire 125 journalists.. Among them are all arts, film and books writers, as well as the two deputy arts editors.

The journalists have gone on strike. The outlook is bleak.

Whatever settlement is finally reached there will be less arts coverage in future in the country’s two ‘civilised’ newspapers, and arts organisations will be left reliant on the mercies of the Murdoch press to attract public attention. It will be harder than ever to market new art and challenging work.

A number of Australian arts leaders have voiced a protest here. They are, however, not A-listers.

« Editorial: The music stops in Brazil

Death of a hypnotic US composer, 68 »