»I am very happy to receive the 2017 Glashütte Original MusicFestivalAward. It is a great honor, and a particular pleasure to receive this prize from Glashütte Original and from a valued (and generous!) cello-colleague, Jan Vogler. Music education has always been very close to my heart. I have been lucky enough to work with many great teachers, including my childhood teacher, Jane Cowan, and the Hungarian dynamo Sándor Végh – as well as, in more recent times, two other great Hungarians, György Kurtág and Ferenc Rados. I feel that it is my duty to pass along to the younger generation of players the values I imbibed from those inspired musicians. Bringing music to children is another preoccupation in my career. The life of any child, from whatever background, can be transformed by music. As well as providing personal fulfillment, music can be of immense help in social terms within difficult circumstances; we have seen tangible results of that in the forms of youth ensembles around the world, such as the Simón Bolívar Symphony Orchestra in Venezuela, Buskaid in South Africa, and many others. Musical friendships are made that last for life; playing in groups with others teaches the importance of mutual respect, and of listening to others; sharing a musical goal can be as strong a bond as any in childhood. And children, as well as adults, turn to music in times of loneliness or sadness; music will never let them down. I think it’s true to say that a singing child is generally a happy child; the more we can bring great music into the lives of children everywhere, the better those lives will be,« Steven Isserlis said yesterday in Dresden.

Janelle Gelfand has just reported the death, after 60 years, of the Cincinnati World Piano Competition.

The organisers were unable to raise $300,000 to keep it running.

At times it was so ferocious that one pianist played til her hands bled (below). 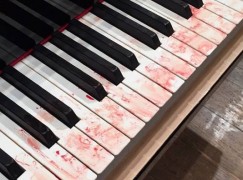 From Colin Brookes, violist of the Ulysses Quartet: 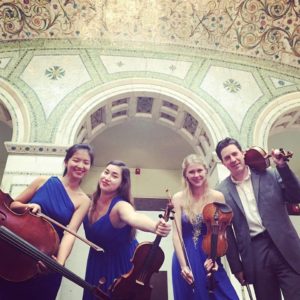 Small bump on return trip traveling with Ulysses Quartet from Osaka International Chamber Music Competition at the airport in Itami, May 23rd.

Flying ANA, we reach the security gate where 3 of us, 2 violinists and violist get held up. Before we even put our stuff through the X-Ray machine a man picks up Tina’s violin without speaking to her and began to walk away. Later they try to inform Tina and Rhiannon that they must check their instruments.

My viola is set aside and I was told to wait. Measurements are taken, and dozens of messages relayed over walkie-talkie back and forth to supervision. Meanwhile, the violins are eventually approved as carry-ons, with a little shouting and argument. As I wait next to my viola, they take more measurements and inform me that it is above the regulations for length as a carry-on.

I am told the plane is too small, and people have carry-ons so I must check it. Firstly, to get to Osaka on May 10, we transferred in Tokyo and flew the exact same route and *exact* same plane model. There were no problems bringing the instruments on the plane and priority boarding was graciously offered. We inform them of this fact, with my ticket stubs as proof. This fact is ignored, and their response is a repetition of their size regulations.

We argue that according to their website, valuables and “works of art” must be excluded from checked luggage. They refuse to budge and insist I must either check it, buy a seat for it, or take it out of the case and leave it bare “with a cushion” and check the case.

A final “attempt” is made to fit it in an ANA approved case, which turns out to be a violin case and much too small. By this point, the flight is being held past gate departure time, and in a last ditch effort our cellist Grace suggests the viola can fit behind her cello in a seat already purchased by our travel provider.

ANA representatives accept this solution and we run to the plane. Once the manager escorts us to the purchased seat, he approves the safety regulation of the viola tucked behind the cello. The fact that it came down to that is mind-blowing. We are just trying to make the world a better place by sharing our music, and it’s only harder to do this when airlines like ANA give us so much difficulty. Please share this and do anything you can to get these rules looked at and changed. We’ll be reaching out to the airline directly.

The British-Gibraltarian conductor Karel Mark Chichon, who walked out recently on the radio orchestra in Saarland, has been named music director of the Orquesta Filarmónica de Gran Canaria.

Chichon, 36, is married to the opera diva Elina Garanča. 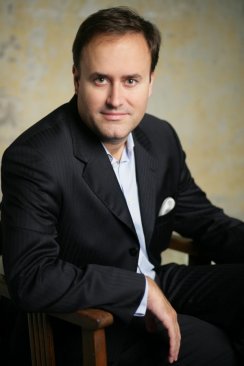 The radio station Deutschlandfunk Kultur runs an annual ballot among its editors and musicians to choose what they think is the country’s best and most progressive orchestra.

Last year it was the Deutsche Kammerphilharmonie Bremen.

This year it is Kirill Petrenko’s orchestra of Bavarian State Opera.

That won’t wash well in Berlin.

Moscow police today raided the apartment of Kirill Serebrennikov, who is accused of misuse of public funds.

Serebrennikov, artistic director of the Gogol Centre since 2012, is presently staging Hansel und Gretel in Stuttgart.

Friends say the charge is politically motivated. Russian media report that police are conducting searches at 17 Moscow addresses linked to Serebrennikov, including his apartment and the theatre itself.

Serebrennikov has staged opera at the Vienna Festival and theatre at Avignon. He is also an acclaimed film director. 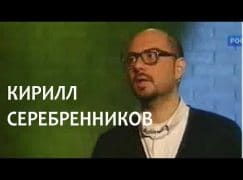 We hear she has just announced Isaac Thompson as Vice President of Artistic Planning.

Thompson is the mind behind the Cincinnati Symphony’s innovative Pélleas trilogy with director/designer James Darrah. He also put in place a new artistic model for the May Festival, bringing in Juanjo Mena as Principal Conductor and Gerard McBurney as Creative Partner.

There are still plenty of holes to be filled in the NY Phil’s executive suite. More hands needed at the wheel. 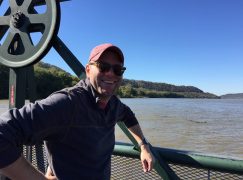 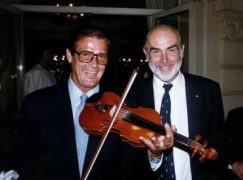 The other Bond just stood and beamed.

We think they are quite nice to musicians, too.

Robert Porco will end his tenure as Cleveland’s Director of Choruses in September 2018, after 19 years.

‘Bob Porco has been a great musical partner of the Cleveland Orchestra,” says Franz Welser-Möst, music director. ‘At home in Cleveland, and on tour, he has been a driving force in bringing our choral works to life.  He has taken on challenging repertoire from Mozart to Mahler, from Beethoven to Stravinsky, and for our annual opera productions across multiple languages and styles – and all with a group of dedicated volunteers.  He has inspired thousands of singers to perform at their best.’ 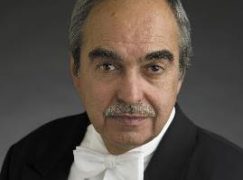 The BBC has announced the death of Roger Moore, aged 89.

No other Bond came close. 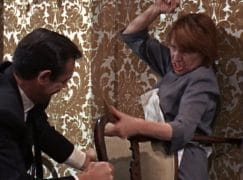 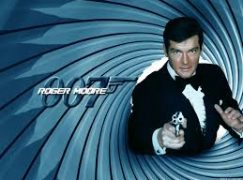 It can’t be hard.

A brilliant phoney paper titled ‘The Conceptual Penis as a Social Construct’ was accepted and published in a peer-reviewed, gender studies journal.

It contained such beautiful formulations as ‘We conclude that penises are not best understood as the male sexual organ, or as a male reproductive organ, but instead as an enacted social construct that is both damaging and problematic for society and future generations’. Here’s how it was done.

Here are few gender themes for our creative readers to play around with as abstracts for academic papers:

– Intertextuality in the left hand part of Für Elise

There will be a record prize for the winner.

UPDATE: The advanced class may choose to write their papers in the style of (a) Richard Taruskin, (b) Carol Oja or (c) Joachim Kaiser.